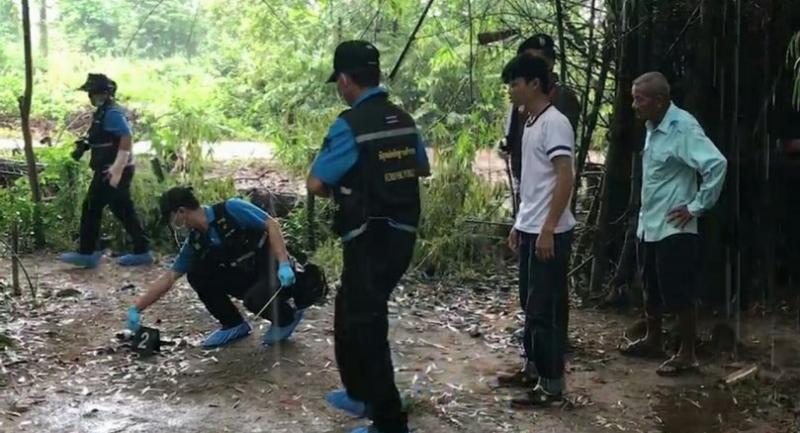 Police apprehended five persons of interest for questioning over the killing of a 90-year-old Lao abbot at a Sakon Nakhon temple on Monday.

The abbot’s murderer reportedly killed the revered monk with a hammer that had the blunt end wrapped in a piece of white fabric, which resembled an object that traditional beliefs dictate could destroy amulets or protective items’ magical powers.

Wat Sumangalaram abbot Luangpu Jittiyano, better known as Luangpu Bu, was discovered on Monday at 9.30am with a fatal head wound, with his body propped against the wall of his living quarters at the temple in Bang Phang Kwang, Tambon Phang Kwang, Muang district.

Police initially suspected the motive was robbery given that money and the monk’s bag were missing.

They apprehended the five persons of interest for questioning later on Monday, including a former monk who had lived at temple and left the monkhood a year ago due to his involvement with drugs.

The former monk had returned to the province five days prior to the abbot’s murder.

The slain abbot moved to Sakon Nakhon from Laos more than 40 years ago and was revered by followers in the Northeast.

Some of his devotees believed he had supernatural powers and could make protective items for them to wear.