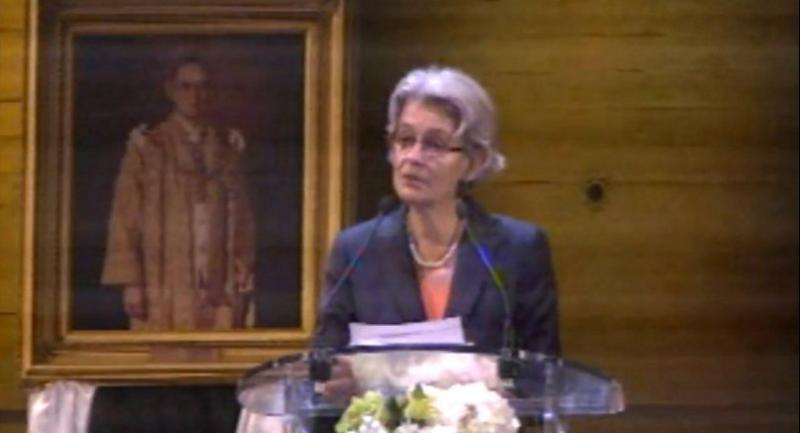 Unesco on Tuesday organised a special session to honour the late King Bhumibol Adulyadej for his invention of the sufficiency economy philosophy, which has been applied across the world.

The session, “Creating Sustainable Society of Peace: A Legacy of King Bhumibol Adulyadej of Thailand”, was held on the first day of an International World Peace meeting.

The session was chaired by the Thai Ambassador to France and permanent delegate to Unesco Sihasak Phuangketkeow.

The International World Peace meeting was organised by the World Fellowship of Buddhists, the Thai Embassy in Paris, and the Office of the Thai Permanent Delegation to Unesco. Delegates came from Buddhist organisations from around the world, including China, Japan, Australia, South Korea, Malaysia and Nepal.

Unesco Director-General Irina Bokova praised the late King, saying that the sufficiency economy theory had been very important in the modern world and was in line with the United Nations Sustainable Development goals.

She also recalled that Foreign Minister Don Pramudwinai delivered a speech during the UN General Assembly in New York last week in which he honoured the late King and his “people-centred” principles.

The United Nations has used the principle as a blueprint in its push for the Sustainable Development Goals.

Bokova told the audience that she felt honoured and deeply moved to have the opportunity to visit Thailand at the end of last month and to lay a wreath in remembrance for the King at the Grand Palace.

Bokova also praised King Bhumibol for his strong support of the idea that everybody in the country should have a basic education. This was important because education gave people the potential to access opportunities in life and helped foster conflict-free societies, she said.

Speakers at this special session in honour of Bhumibol included representatives from many religions and from the Group of 77 and Asia-Pacific countries.