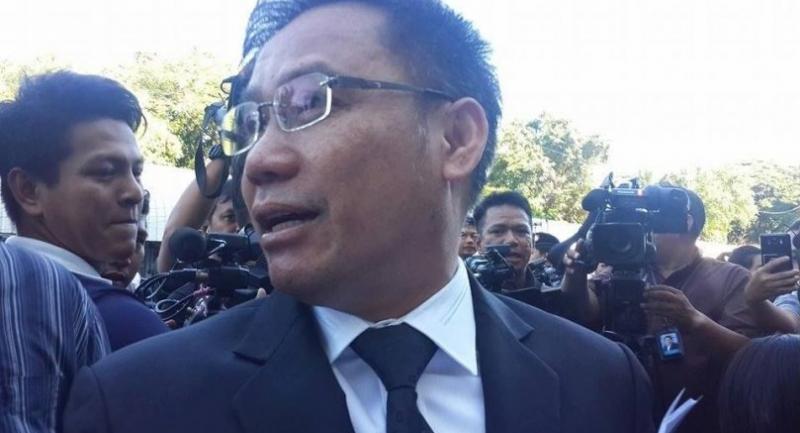 Norrawit at the court today.

Norrawit Larlaeng, a lawyer for ex-prime minister Yingluck Shinawatra, said at the Supreme Court after the verdict on Wednesday that the case was still not concluded, and it was yet to be decided whether Yingluck would appeal the verdict that would land her in jail for five years.

Norrawit said he would first need to be contacted by Yingluck for further consultation. However, he claimed to have not heard from or spoken to her since August 25, when she was scheduled to hear the verdict but did not show up.

Yingluck, who has disappeared from public, has been punished for negligence over her government’s rice-pledging scheme, which caused multi-billion damages to the country following corruption and flaws in management.

However, the current constitution allows defendants to appeal the final verdict within 30 days to the Supreme Court. In Yingluck’s case, there may be a need to follow the conditions in a yet-to-come bill on crimes by political office holders that requires a defendant to show up to make an appeal.

Norrawit refused to anticipate any possible scenario, only reiterating that he will need to look through judgment papers in detail before making any further decision.