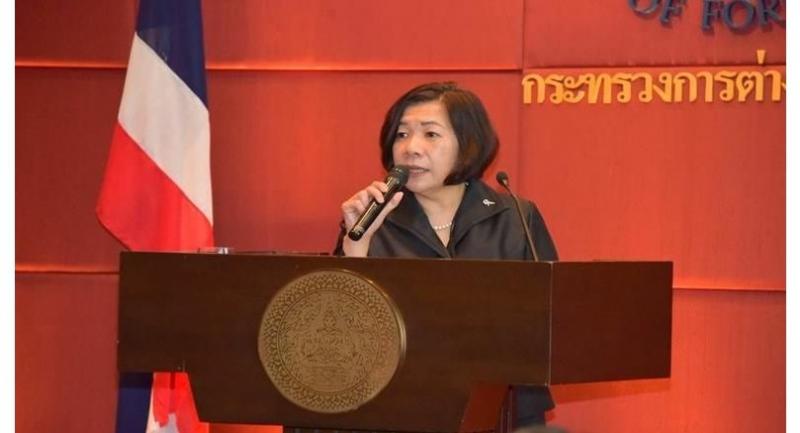 The Foreign Ministry needs to be formally requested to do so in order to consider revoking the Thai passport of fugitive ex-PM Yingluck Shinawatra, ministry spokesperson Busadee Santipitaks said on Thursday.

If requested, the ministry will consider whether Yingluck’s passport could be revoked in line with the ministerial regulation on passport issuance, Busadee said.

According to the regulation, a revocation may proceed if a passport holder faces punishment as a result of a criminal case, is temporarily released or faces an arrest warrant that demonstrates that the courts, police or administrative officers consider that he or she should not be granted a passport.

Yingluck was yesterday sentenced to a five-year term of imprisonment without suspension, after being convicted for negligence in oversight of her government’s rice-pledging scheme by the Supreme Court’s Criminal Division for Political Office Holders.

Busadee refused to provide information on Yingluck’s records for an alleged entry into Dubai, or on reports that she used a diplomatic passport to get entry to the United Kingdom.