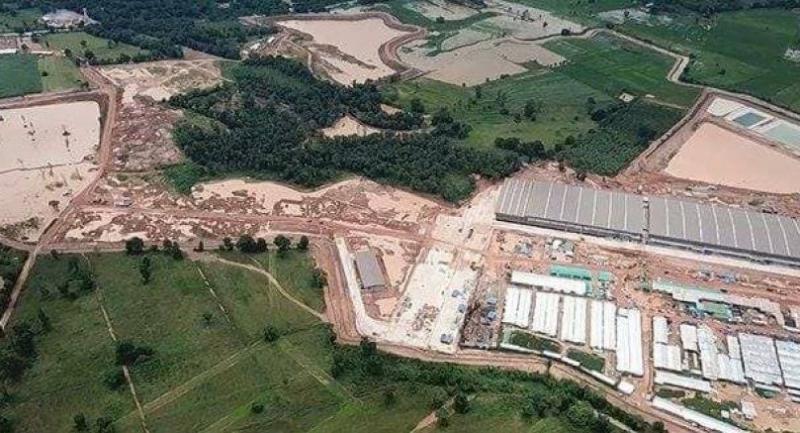 The company, which is a subsidiary of Red Bull Group and owned by Saravoot Yoovidhya, Red Bull’s chief executive officer, added that the plant might be relocated, possibly to a neighbouring country.

The move surprised Khon Kaen land officials and Ubolrat district chief, who reportedly said it was regrettable due to the long-term economic benefits the plant, which is more than 50-per-cent complete, would have brought, but a police complaint regarding road construction would still go ahead.

The firm claimed in a statement that it had followed the rules, regulations and legal procedures set out by authorities, adding that a public hearing attended by about 400 villagers from all 15 villages in the plant’s vicinity ended with villagers voicing their approval.

The statement said the company believed the plant would have generated significant revenue from the requisite supply chain, boosting suppliers’ prosperity and upstream industries as well as providing jobs for local residents and contributing revenue to the Tambon Administrative Organisation. Investment in the plant was an estimated Bt3 billion.

In the past few months, groups have voiced opposition to the plant resulting in misunderstandings with villagers due to “misrepresentations”, the company claimed.

The statement said the issue undermined the firm’s ability to operate efficiently in the locality, while it believed it would constantly be confronted with difficulties while its management would find it difficult to resolve issues.

The firm therefore decided to cancel its investment in the area and was considering alternative locations, possibly in a neighbouring country, for the plant, the company said. The plant was primarily intended to be a production base for markets in Cambodia, Laos, Myanmar and Vietnam.

The statement added that the company planned to continue community support activities that it had already initiated for “a period of time”.

The company had filed a request for the revocation of its lease for the 31-rai (4.96-hectares) Huay Mek land plot adjacent to the company’s 500-rai factory plot on September 15 and cancelled its water management programme, the firm said. The statement added the firm would restore areas where it had moved earth to its original state.

Acting Khon Kaen land office head Sirichai Thaweechon said he had no idea about the firm’s plan as he had just inspected the Huay Mek forestland plot demarcation on Tuesday.

“I still have an appointment next Monday to supervise the demarcation of the public road which the company had built and reportedly blocked a public path resulting in villagers’ complaints and Ubolrat district chief’s police complaint,” he said.

District chief Natthapat Ploysupa gave no comment on the company’s cancellation of the plan as it was a business operations matter.

However, he said he would still proceed a police complaint over the road construction as it was a criminal offence. “I can’t help but regret the plant construction was cancelled though because it would have brought long-term economic gains and development,” he said.