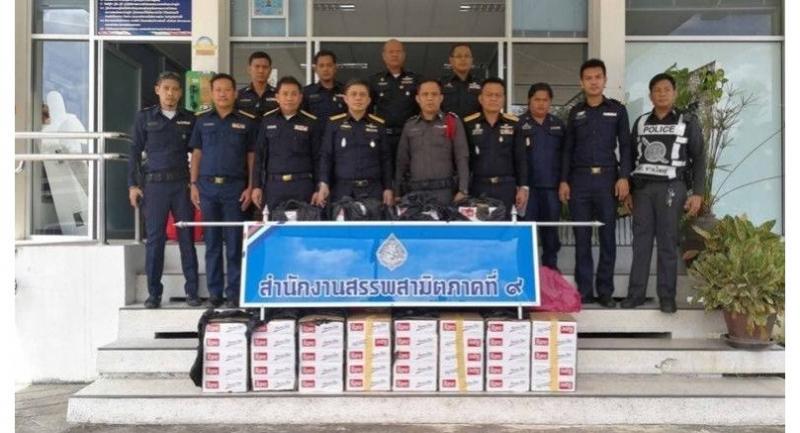 Police and Excise Department officials seized 5,000 packs of smuggled cigarettes at a shop in Hat Yai, Songkhla, on Friday morning.

The smuggled goods were found during an inspection of the store selling liquor and cigarettes near Yai Market on Ratanakorn Road.