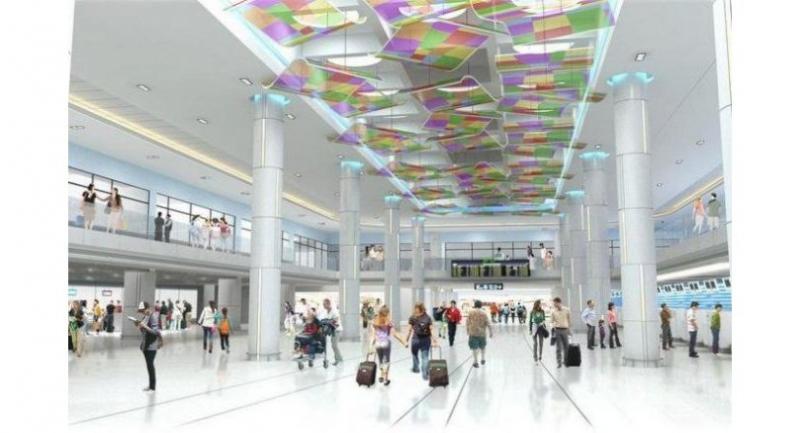 “This coming high season, we have about 300 flights per day landing in Phuket with an estimated number of 50,000 passengers. There are 52 airlines in the airport, including 8 domestic and 36 international and 8 private airways."

The first phase of the renovated domestic terminal of Phuket International Airport will be ready on November 28, just in time for the tourism high season.

During the press conference celebrating the 29th anniversary of the airport, Phuket International Airport General Manager, Petch Chancharoen, revealed that the first phase of the domestic terminal renovations will open its door to welcome passengers for the high season as the construction has been mostly completed and the building is being tested for all systems. The second phase will be handed over to the contractor on the same month and is expected to be completed by June next year.

“This coming high season, we have about 300 flights per day landing in Phuket with an estimated 50,000 passengers, every day. There are 52 airlines in the airport, including 8 domestic, 36 international and 8 private airlines. Compared to the number of passengers arriving at the same time last year, we’ll have a 10% increase and we estimate that it will grow by another 7.2% next year as well,” said the General Manager.

“We plan to extend the capacity of the airport to handle 18 million passengers per year as there has been about 15 million travellers per year so far while the actual capacity now is only 12.5 million people. Developing Phuket International Airport further is a plan of the Airport Authority of Thailand with a budget of 200 billion Baht. The next construction will include about 4-5 more boarding bays, a pier building and an aerobridge connecting the domestic and international terminals as well as parking in front of domestic terminal.

“We are also preparing to be rated by the Airport Council International (ACI) as we have done some safety plan rehearsals to train the people working in the airport to be ready for any emergency situations. Apart from that, we also care and support the surrounding communities of the airport.”

The General Manager added that Phuket International Airport is the second highest revenue generating airport in Thailand, after Suvarnabhumi Airport. At the end of this year, the expected total income is about 5,7 billion Baht, which is a 16% increase from last year and the income next year is expected to reach about 6 billion Baht due to the higher capacity of the airport.