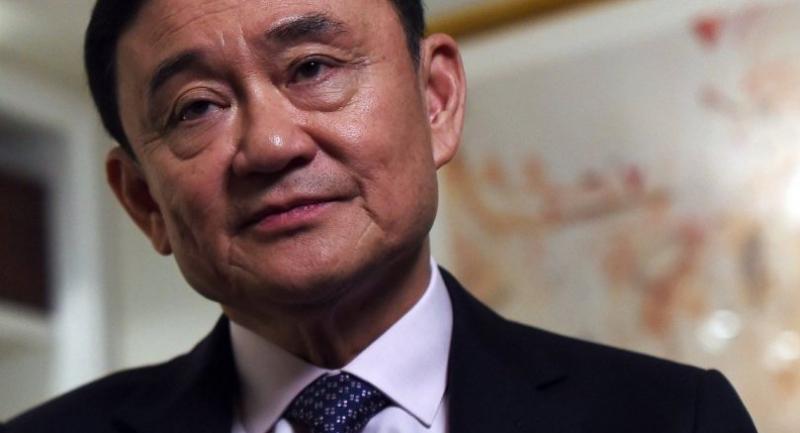 Fugitive former prime minister Thaksin Shinawatra has threatened to take legal action against those who implicated him in an action deemed to have insulted the Monarchy.

“I’m so concerned [about the false claim]. I insist I have never known that person [who claimed his name]. And I have never thought about insulting the Monarchy,” he tweeted via @ThaksinLive on Monday night without elaborating who he was referring to.

Thaksin condemned the action and insisted he would file a lawsuit against those who had implicated him in the wrongdoing.

“I will have my legal team sue whoever implicated me in an insult of the monarchy. No matter whom I know or don’t know,” he tweeted.

Meanwhile, Thaksin assigned his lawyer to file a petition to the Attorney-General asking for a review of the lese majeste charge against him.

His lawyer would submit the petition on Thursday at the Office of the Attorney-General, TV24 People Station, a red-shirt movement affiliate news channel, reported on Monday.

Last week, the new Attorney-General, Khemchai Chutiwong, revealed that the Attorney-General’s Office had agreed to a police request to formally charge Thaksin with lese majeste and violation of the Computer Act.

The charge relates to an interview Thaksin gave South Korean media in 2015, when he allegedly made contentious statements about who was behind a coup that ousted the Pheu Thai-led government in May 2014.

Thai authorities said the next step would be to locate Thaksin and issue an arrest warrant. Once his whereabouts were confirmed, the Thai authorities would ask for his extradition.

Thaksin was last week in Dubai after spending time with his family in London last month.