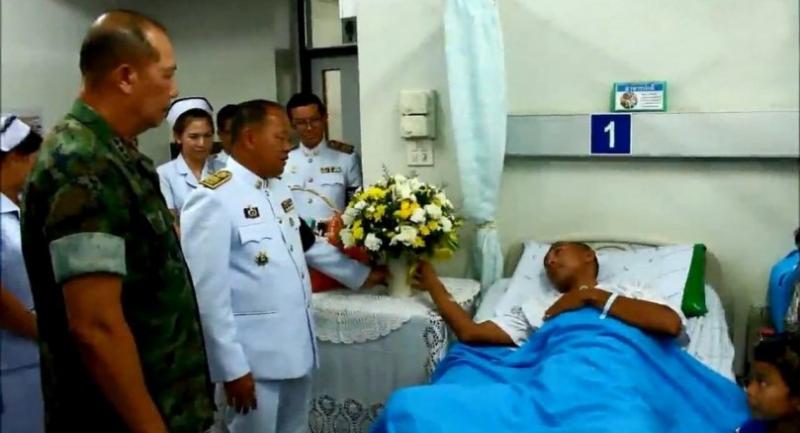 His Majesty King Maha Vajiralongkorn on Tuesday sent flowers to two rangers injured in a bomb attack in Narathiwaton Monday.

His Majesty had Narathiwat governor Surapol Prommool send flowers and gifts to Yutthana Thong-in, deputy commander of a ranger unit, and Mahamadrisan Tayeh, a private of the unit of Third Company of Marine Rangers of the Royal Thai Navy.

The two were recovering at the Narathiwat hospital.

They were injured in a bomb attack while patrolling a road in Ban Kayoh Matee in Narathiwat’s Bacho district on Monday.