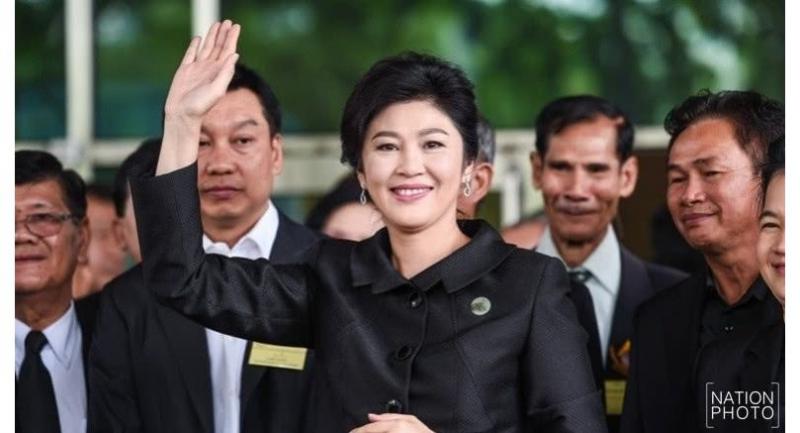 Pol Colonel Chairit Anurit of the Metropolitan Police faces severe disciplinary action for his alleged role in driving former prime minister Yingluck Shinawatra to Sa Kaeo province during her flight before the court ruling in the negligence case against her on August 25.

The police officer on Tuesday reported to his head office to acknowledge the disciplinary charge against him.

He has been accused of breaching the police force’s ethical code under the 1974 national police law.

Chairit refused to confirm that his passenger on August 23 was Yingluck, only saying that he had driven a since-seized Toyota Camry to Sa Kaeo province on that day.

The police’s fact-finding committee will now submit their investigation results to the disciplinary-action panel for the latter to determine penalties against him.

Alongside this disciplinary probe, Chairit has already been criminally charged with possessing fake licence plates found in the vehicle.

On August 23, Yingluck allegedly fled in the vehicle to Sa Kaeo province, where she then reportedly crossed the border.

She was subsequently found to have reached Dubai, from where she later travelled to the United Kingdom.

She failed to attend the scheduled August 25 reading of the Supreme Court verdict in the case against her relating to her government’s rice-pledging scheme.

The verdict, which was finally read on September 27, found the ex-PM guilty on some of the charges and she was sentenced in absentia to five years in jail, without any suspension of the sentence.

The police have since charged her for violation of immigration law, and have also asked Interpol to issue a red notice in order to assist in her arrest.

Thai authorities have also sought the cooperation of other countries to locate her exact whereabouts.

Yingluck is reportedly seeking asylum in the UK, France or Germany.