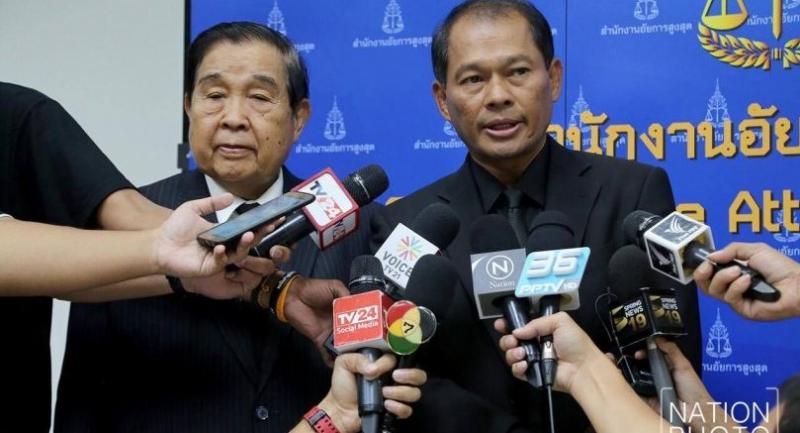 Representatives of ex-PM Thaksin Shinawatra on Thursday filed a petition with the Office of the Attorney-General (OAG) asking for a review of lese majeste charge against the fugitive former premier.

The move came after the new attorney-general, Khemchai Chutiwong, said last week that the office had agreed with a police request to charge Thaksin with violations of the Penal Code’s Article 112 and the Computer Crime bill.

On Monday, via his twitter account @thaksinlive, Thaksin also threatened to take legal action against people who have implicated him in actions deemed to have insulted the monarchy.

Via his lawyer, Chokchai Angkaew, and Pheu Thai Party’s ex-MP, Pol General Viroon Phuensaen, Thaksin asked for either a deeper review of the case or a full investigation before pressing charges.

The charge relates to an interview Thaksin gave to South Korean media in 2015, in which he allegedly made contentious statements about who was behind the coup that ousted the Pheu Thai-led government in May 2014.

OAG deputy spokesman Prayuth Petkhun said that Thaksin, as a defendant, has the right to file petitions during an investigation or a prosecution process as allowed under OAG regulations.