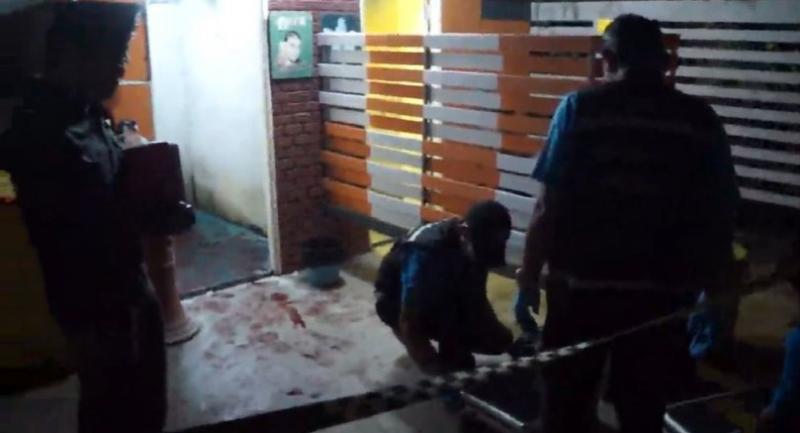 A policeman allegedly committed suicide by shooting himself dead in a restaurant toilet in Si Sa Ket’s Uthumphon Phisai district on Wednesday night.

Following the suicide report at 10 minutes past midnight, police found the body of Pol Senior Sgt-Major Narongsal Chalermsri, 52, who served as the Uthumphon Phisai precinct’s financial clerk, inside a restaurant toilet.

The body – with one gunshot wound to the chest and another to the right temple – was found in a pool of blood while a pistol was found nearby.

A police investigation concluded that Narongsak had come to the restaurant with precinct inspector Pol Major Chusak Chanthamala and four other officers for a meal when Narongsak excused himself to go to the toilet.

Police said they suspected that Narongsak might have been suffering from stress related to personal issues, which drove him to commit suicide.

There was no explanation of a scenario involving two bullet wounds.

Police also interviewed the officers at the scene and checked their hands for gunpowder residue in front of public bystanders.