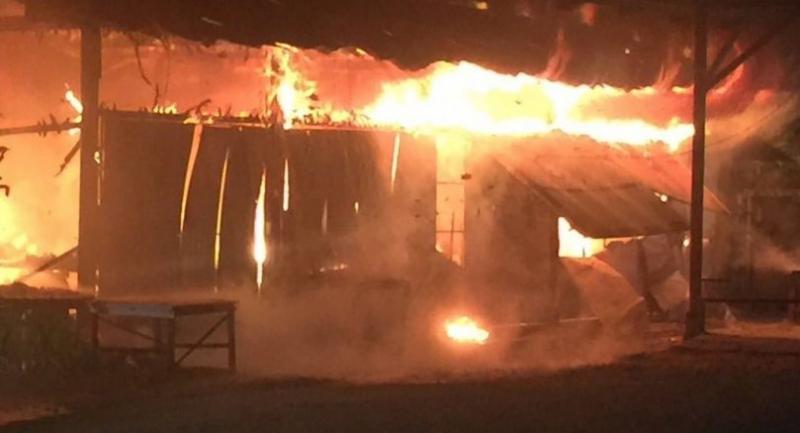 No deaths or injuries were reported. The shops were empty when the fire broke out at 1.15am, said officials, who said the buildings were owned by Supin Kasem.

Officials and rescue workers took almost an hour to put out the flames, believed to have been caused by an electrical short-circuit.