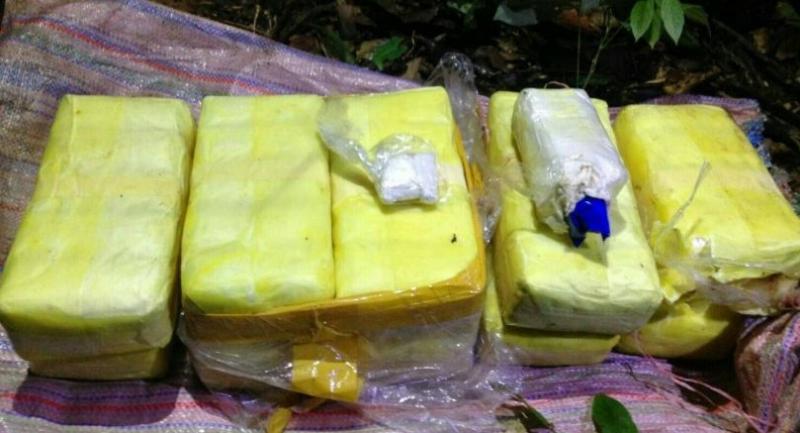 A brief morning gunfight between Thai security officers and a drug gang in a border area of Chiang Rai’s Mae Fa Luang district resulted in the seizure of 100,000 yaba pills, police said at a press conference on Monday afternoon.

Officers signalled for the suspects to stop to be search, but the suspects opened fire on them. This resulted in a five-minute gunfight after which the suspects fled.

Officers retrieved a sack containing 100,000 yaba pills (which typically contain methamphetamine and caffeine) and three mobile phones. They also found two motorcycles at the scene and were hunting for the four suspects as of press time.