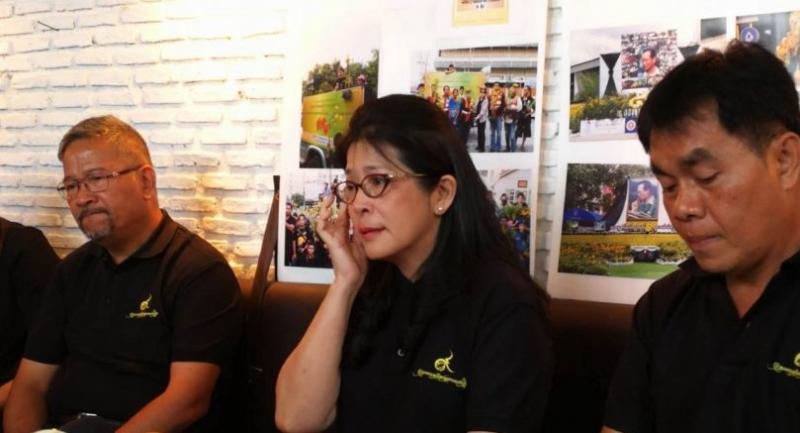 A FLOWER campaign that came at the wrong time has backfired on a veteran Pheu Thai politician. On Sunday, Sudarat Keyuraphan was seen riding on a vehicle around Bangkok inviting people to plant and deliver marigold flowers in honour of His Majesty the late King.

The old Thai political proverb that says “Too quick to introduce yourself, too bruised you will become” could be well applied in this case.

Sudarat’s activity on Sunday was widely seen as political and earned a swift rebuke from junta leaders, including Deputy Prime Minister Prawit Wongsuwan, who said it was inappropriate at this time.

It also goes against the tradition of her party, which prefers its prospective leaders to have a low profile until the right time comes. Yingluck Shinawatra is a case in point. She was not introduced to the public until the election of 2011 drew near. She looked fresh in the eyes of the public and did not take much time to step up to the top.

Taking the junta’s road map into consideration, the period of time until the election is considerably long enough for any prospective leader of a major party like Pheu Thai to keep a low profile to avoid being bruised before their time.

Any prospective leader of a major party would easily be a political target, and so it was with Sudarat, who has until now generally been seen as sophisticated in coordinating with groups of various interests, including the junta itself.

Sudarat may have support from the party’s influencers, including former prime minister Thaksin Shinawatra, but within the party, some friction has been reported. Sudarat is not Thaksin’s direct heir, and she leads only the party’s MPs in Bangkok. As for MPs from other regions, several have objected to the suggestion that she lead the party to the coming election, and have not shown as much support as expected. Her weak point, in their view, lies with the fact that she is on good terms with the junta.

Thus, any of her actions will be interpreted in a negative way, including this latest ride for flowers.

Sudarat’s move makes her look alone and isolated. Politically, she has already been bruised despite her flowery campaign on Sunday.