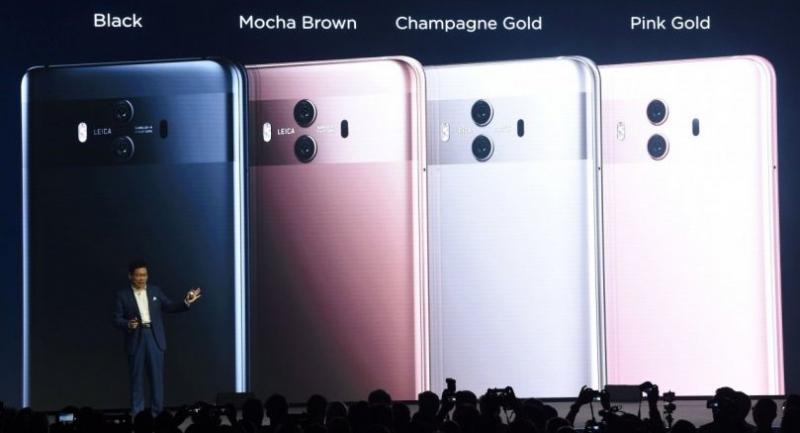 The Shenzhen-based group's new Mate 10 phone appears just weeks after Apple unveiled its top-of-the-line iPhone X, a timing choice many industry observers have read as a direct challenge to the California tech titan.

Huawei has become a fixture in listings of the top three smartphone makers by worldwide unit sales in recent years, investing heavily in technology and design to vault beyond the low- and mid-range devices that still round out its range.

Like rivals Apple and Samsung, it has built AI features directly into the processor at the heart of its latest phone, allowing the device to help users translate between languages, choose the most appropriate camera settings or take over busywork like organising files and photos.

"This phone is designed for ultimate performance, that's the most important thing," Huawei consumer electronics chief Richard Yu told journalists and bloggers in the southern German city of Munich.

"Computing is undergoing a fundamental shift from being mobile first to AI first," Rosenberg said.