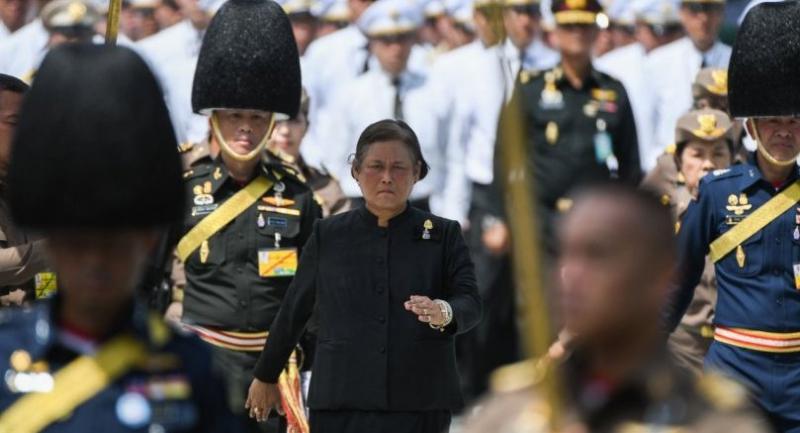 Her Royal Highness Princess Maha Chakri Sirindhorn, who attended Saturday’s full dress rehearsal of processions for the late King’s cremation on October 26, also led a 834-member-troupe in the final dress rehearsal on Sunday for the Collection of the Royal Relics and the Royal Ashes at Sanam Luang ceremonial ground.

The rehearsal, which started at about 10am, involved the procession of Royal chariots and palanquins along the route designated for the Collection of the Royal Relics and the Royal Ashes scheduled for October 27. This is when the ashes of the late King Bhumibol Adulyadej will be transferred from the Royal Crematorium at Sanam Luang to the Grand Palace.

The fourth procession sees the Royal Reliquary Urn containing the Royal Relics being transferred to the Royal Palanquin with Four Poles, or Rajendrayan Busabok Palanquin, from the Royal Crematorium to Dusit Maha Prasat Throne Hall in the Grand Palace.

The Royal Ashes, in a cone-shaped container carried on the Small Royal Palanquin with Four Poles or Rajendrayan Noi, are transferred to the Phra Sri Rattana Chedi in the Temple of the Emerald Buddha.

Sunday’s rehearsal for the 30-minute procession covering 1,074 metres was witnessed by a huge crowd who waiting for hours in the rain. The mourners, clad in black and white, started crying when the procession of the Royal Reliquary Urn passed them.