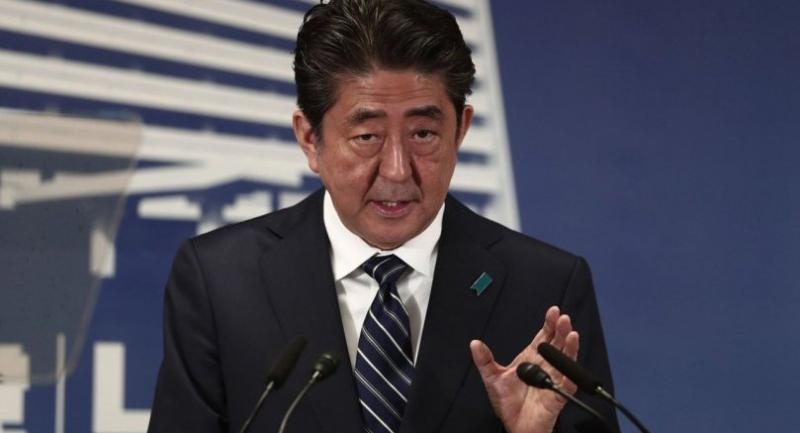 By The Straits Times/ANN Desk

TOKYO - Shinzo Abe vows to be firm with North Korea after big win in election.

Japanese Prime Minister Shinzo Abe will hold a news conference on Monday (Oct 23) afternoon, a day after his Liberal Democratic Party (LDP) swept to a comfortable victory in the election.

As of 8.30am Singapore time, the LDP had won 283 seats and its coalition partner Komeito, 29 seats, giving Abe the two-thirds “supermajority” he needs to revise Japan’s pacifist Constitution.

The left-leaning Constitutional Democratic Party of Japan (CDP) won 54 seats, while the Kibo no To (Party of Hope), led by Tokyo Governor Yuriko Koike, had 49 seats. Four seats are still undeclared.

On Sunday night, Prime Minister Shinzo Abe vowed to deal firmly with North Korea and go ahead with a sales tax hike.

“As I promised in the election, my imminent task is to firmly deal with North Korea,” he said, referring to the missile and nuclear programmes of Pyongyang, which testfired two missiles over Japan last month.

“For that, strong diplomacy is required.”

He also vowed to proceed with the tax hike – already delayed twice – from 8 per cent to 10 per cent, with half of the added revenue to be spent on social security. The hike is scheduled for October 2019.

These formed the key thrusts of a snap election Abe called 14 months ahead of time, as he sought to consolidate power after a bruising year of scandals. Even now, media surveys show that more Japanese disapprove of Mr Abe rather than support him as prime minister.

“Many voters have looked at us very critically and we must make sure we remain humble and show results by implementing our campaign pledges,” he said.

Abe wants to rewrite the pacifist Article 9 of the Constitution to specify the role of Japan’s military, in a divisive move the LDP hopes to sweeten by adding, among others, clauses to promise free education.

Abe has stressed that he will not ditch the exclusively defence-oriented stance of the supreme law of the land. But many are still concerned it will be a slippery slope towards remilitarising Japan, given the LDP’s ultra-nationalist links.

While he has set a 2020 goal to revise the Constitution, which will also require public support in a national referendum, Abe said last night that this was not cast in stone.

“We don’t want future textbooks to write that the SDF is unconstitutional,” he said of the need to curtail all second-guessing. “But we need to first of all make sure we can proceed with discussions in that direction.”

As Typhoon Lan wreaked havoc on Sunday, disrupting voting in some areas, voter turnout was 53.6 per cent, higher than the 52.7 per cent in 2014.

The LDP is scheduled to hold a party election next year, and while the results have strengthened Abe’s hand, analysts said lacklustre approval ratings may still cost him a third term as LDP chief.

As Fumio Kishida, the LDP’s policy chief who has ambitions to be prime minister, put it on Sunday night: “In politics, anything beyond one step ahead is darkness.”