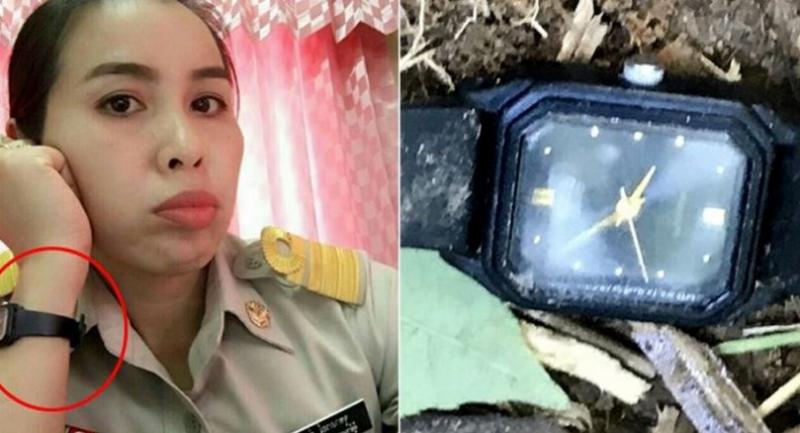 AUTHORITIES ARE examining a human skull, bones and a civil servant uniform found on Monday near an Ubon Ratchathani military base, with suspicions that the remains might belong to Juthaporn Oun-on, 37, a Si Sa Ket-based local administration organisation official who had been missing since July 3.

Relatives and officials have been looking for her body in the “Emerald Triangle” forest area near the borders of Thailand, Laos and Cambodia in Nam Yeun district, which is adjacent to the Phu Jongnayoy National Park where her cell phone signal was last detected.

Juthaporn, the director of the education and culture division at the Tambon Cham administration organisation in Kantharalak district, went missing on July 3 while her social media posts on July 7 stated that she intended to “take a break, quit her job and start over somewhere else”.

Her relatives have expressed serious doubts that Juthaporn disappeared of her own volition, prompting police to continue to investigate possible motives for her disappearance, including a dispute over a debt and her relationship with a former Army captain. Relatives alerted authorities when a search on Monday afternoon in a forest area near the 2305th paramilitary ranger base in Nam Yeun discovered the skull, uniform and a wristwatch. A further search yesterday also found rib bones, a skirt and other clothing. The items were sent for DNA tests to confirm whether they belonged to Juthaporn. Authorities have been cautious in inspecting the scene where the remains were discovered, as it is an old minefield.

The initial investigation had also concluded that there was more than one killer, he said.

A link to Supachai emerged following police’s discovery on August 8 of Juthaporn’s Toyota Vios, which had been sold three times in the interim, at an Ubon Ratchathani garage. An inquiry into the sales and testimony that Juthaporn had told her friend she would collect a debt from an Ubon Ratchathani-based Army officer on the day she disappeared led to the questioning of Supachai. He has been charged with illegal detention, stealing Juthaporn’s car, using fake documents and destroying another person’s documents leading to damages – all of which he denied. He was also dismissed from the military after the accusations emerged.