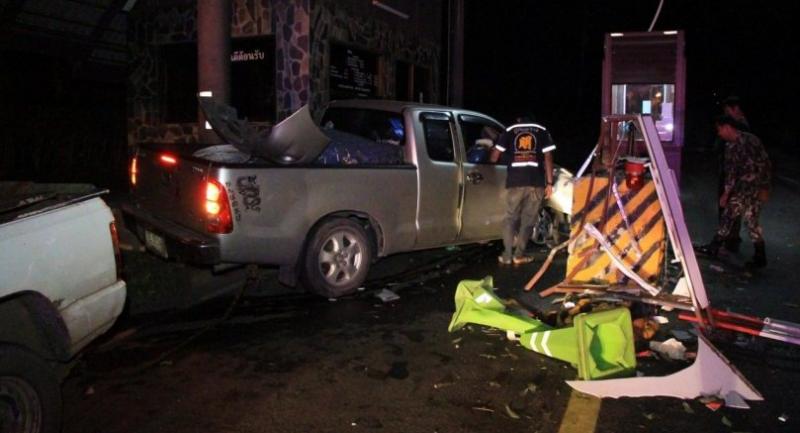 A drunk driver who’d lost his way crashed into a sealed gate at Khao Yai National Park in Prachinburi just past midnight on Tuesday.

Ong-art Dee-oon, 46, told police he and his friend Anan Chuenban had been drinking in Nakhon Nayok and were headed home in Ong-art’s pickup when he smashed into the barrier on the park road heading up None Hom Mountain.

He had no recollection of what they were doing there. Park official Chalermpol Charoenthaisong said the checkpoint was already closed for the night and blocked by a metal barricade and concrete bollard.

Ong-art, who was uninjured, was charged with drunk driving. Anan suffered a cut to the mouth and was taken to hospital.