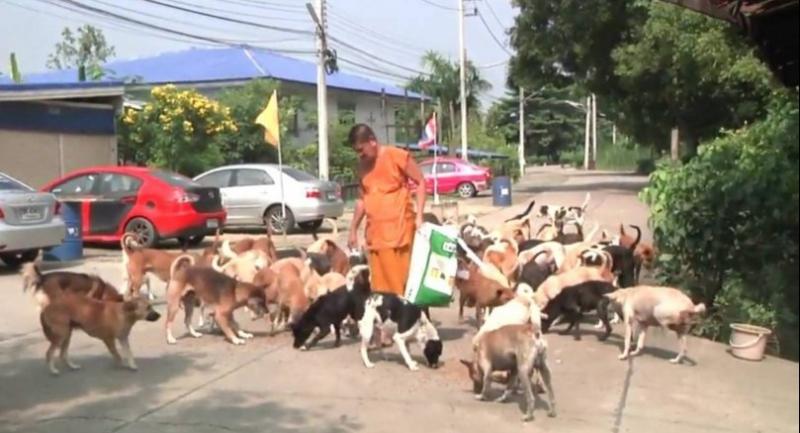 Monks at a temple in Pathum Thani on Tuesday appealed for food for about 50 stray dogs, saying the floods had led to fewer donations and less alms-giving by Buddhists.

Monks at Wat Kroen in Moo 1 village in Tambon Bang Kadee in Muang district said the dogs, which have been abandoned at temple, were in urgent need of food. The monks said the temple has been under 50 centimetres of water for almost two months after the Chao Phraya River burst its banks.

The dogs have had to stay beside the temple's crematorium. The monks said they could not afford enough food for dogs.