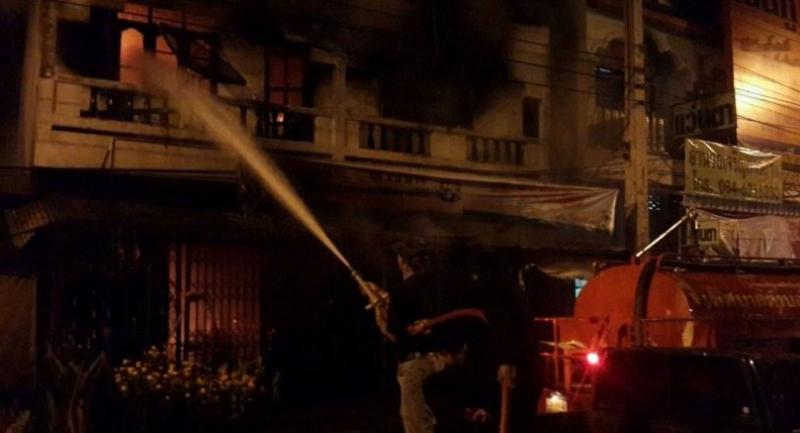 A man was killed and two women injured in a fire at a florist's shop in Kamphaeng Phet's Khanu Woralaksaburi early on Wednesday, police said.

Police were alerted to the fire at the S Florist's in Tambon Pa Putsa, which sells bouquets and funeral wreaths, at 1.49am.

Five fire engines took about half an hour to put out the blaze at the two-storey shophouse, after which the charred body of Dejthana Mueansri, 60, was found on the second floor.

Jittra told police that she woke up to see a blaze raging in wreaths on the ground floor, and she and Sriwali managed to run out of the shop.