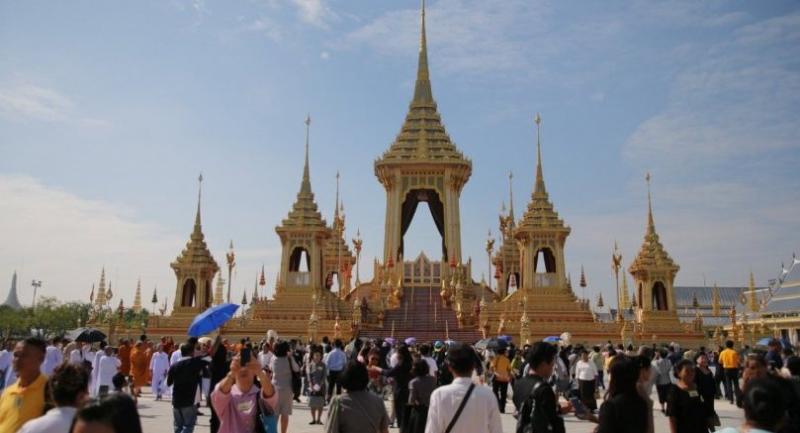 The Culture Ministry announced on Thursday morning a ban on entering the Royal Crematorium of the late King Bhumibol Adulyadej after reportedly touched exhibits and displayed other inappropriate manners during a trial run on Wednesday spread on social media. .

But photos posted on social media showed visitors with their heads leaning together and posing with the Crematorium in the background. Additionally, people were seen touching the sculptures decorating the masterpiece, while others took items from the exhibition.

“In order to run the tour smoothly with appropriate manners, the ministry announced that from November 2 [Thursday] onward, the general public can visit only the surroundings of the Royal Crematorium,” Anan Choochote, director-general of the Fine Arts Department, told Kom Chad Luek.

He added that the committee was also concerned for the safety of visitors.

As many as 100,000 people are expected to visit the exhibition daily, with the eight roads adjacent to Sanam Luang remaining closed. In total, more than 3 million visitors are projected to visit the Royal Crematorium exhibition, which is open to the public until the end of November from 7am until 10pm.