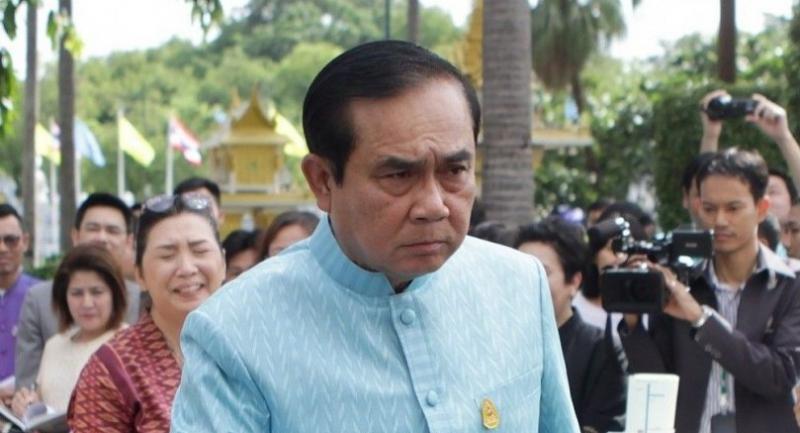 THE ABRUPT resignation of General Sirichai Distakul as labour minister could pave the way for the fourth shake-up of Prime Minister General Prayut Chan-o-cha’s Cabinet, as groups called yesterday for major changes due to poor economic performance.

“I’m thinking about the reshuffle but still sorting out what scale it should be,” Prayut said yesterday. “It might be this year. Don’t worry about it too much, it’s just administrative stuff.”

Prayut, who is also junta chief, said he was thinking of reducing the numbers of military officers and replacing them with civilians.

Sirichai’s departure came amid long-held speculation that Prayut’s post-coup government needed to register strong economic performance in light of the election set to be held next November.

On Wednesday, Sirichai and three other Labour Ministry staff members resigned shortly after Prayut employed his notorious Article 44 powers to shift Varanon Peetiwan from his post as director-general of the Department of Employment to deputy permanent secretary of the ministry.

The resignation was confirmed yesterday in an announcement by the PM’s Office published in the Royal Gazette.

Sirichai was among Army generals who gained prominent positions in the military government as a member of the junta-appointed National Legislative Assembly and a permanent secretary to the Defence Ministry before being appointed to the Labour Ministry in 2015.

He is the first minister in Prayut’s Cabinet to offer a resignation before a reshuffle.

Prayut, meanwhile, said there were “no hard feelings” in Sirichai’s departure, saying he had left merely to run his own business.

Deputy Prime Minister Wissanu Krea-ngam said the reshuffle had been made to accelerate solutions to “some problems” but he refused to specify what they were.

A ministry source said earlier that Varanon’s transfer was made because his department had failed to sufficiently register migrant workers ahead of the full enforcement of the new, controversial migrant labour law.

Adisorn Kerdmongkol, an expert on migrant workers, said he doubted if the delay in registrations was the real motive behind the demotion of Varanon on Wednesday.

Changing the head of the Employment Department would not speed up the registration process, since it also involved the cooperation of neighbouring countries, he said.

The ministry had completed 70 per cent of registrations for migrants from Myanmar, but only 20 per cent for Cambodians, he said.

The Labour Ministry had never worked quickly on migrant worker issues, Adisorn added. The government wanted to compile the biometric data of migrant workers by March 31, but the ministry had only completed records for half of the workers in the fisheries sector, while the process had not even begun for 2 million undocumented migrants, he said.

Instructions from the government were not systematic, as it had ordered the collection of biometric data after registrations, instead of carrying out the two processes at the same time, he said.

Adisorn, a long-time monitor of migrant issues, said he had never heard of a controversy or scandal regarding the now-demoted Varanon.

The resignation of Sirichai might have just showed solidarity within the team since it was Sirichai who promoted Varanon to his position, he added.

Deputy Defence Minister General Udomdej Sitabutr, who is the target of speculation in the possible reshuffle, brushed aside a suggestion that he might be the next labour minister.

Meanwhile, politicians called on Prayut to reconsider his Cabinet’s performance given the poor economic results of the past three years.

Former Democrat Party ex-MP Thaworn Senniam said prices of agricultural products, such as rice and para-rubber, had been held too low, affecting the livelihood of millions of farmers nationwide.

Postings in the Agricultural and Cooperatives and Commerce ministries should be “seriously reconsidered”, Thaworn said.

Anusorn also criticised Prayut for using his sweeping Article 44 powers, which are not subject to checks and balances, in such a way that his own Cabinet member “could not tolerate and walked away”.