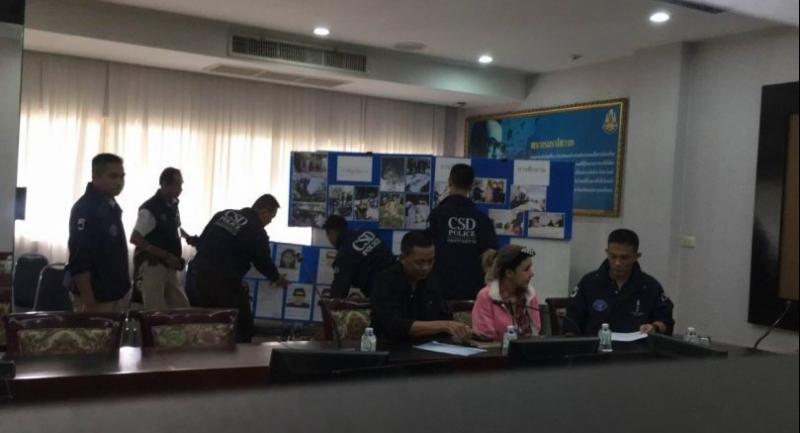 Police have arrested former beauty queen Krisana Suwanpitak for allegedly assaulting and killing a 16-year-old maid in 2012 in Bangkok and then having her body buried in Phetchaburi’s Muang district to conceal the crime.

Central Investigation Bureau chief Pol Lt-General Thitirat Nonghanpitak said yesterday that Krisana, 45, who was initially charged with aggravated assault leading to another person’s death, had confessed to the crime and implicated several other people.

Police would investigate the other people further, he said.

A police source said the three alleged accomplices were Krisana’s half-brother, who reportedly hired people to dig a grave to conceal the body, and two other women actually buried, but their names were withheld pending further investigation. Krisana’s own daughter is reportedly an eyewitness in the case.

Police alleged that Krisana, who reportedly has a hot temper, hit maid Jariya Srisak in the face and head with an air freshener spray bottle in April 2012. The maid, who was not taken to hospital, died the next day.

Krisana then allegedly took the body to be buried under a tree in Soi Salaloy of Tambon Nong Sano.

The case came to attention when Jariya’s 48-year-old mother Janthira Srisak filed a complaint with the Pavena Hongsakul Foundation for Women and Children stating that her daughter had been missing for more than five years.

A police investigation led to the discovery of a human skeleton in Nong Sano. Results of a DNA test to establish whether the remains belong to Jariya are due today.

Police said their interrogation of three neighbours, including Krisana’s half-brother, on Saturday yielded information that led to them applying for an arrest warrant for Krisana.

Janthira said witnesses had told her that Krisana regularly assaulted Jariya when she was upset. She said she wanted to confront Krisana to ask her: “Why did you kill my daughter?”

She said the pain in her heart from losing her daughter was made worse when she learned how the girl had been abused. “I will seek justice until the end,” she added.