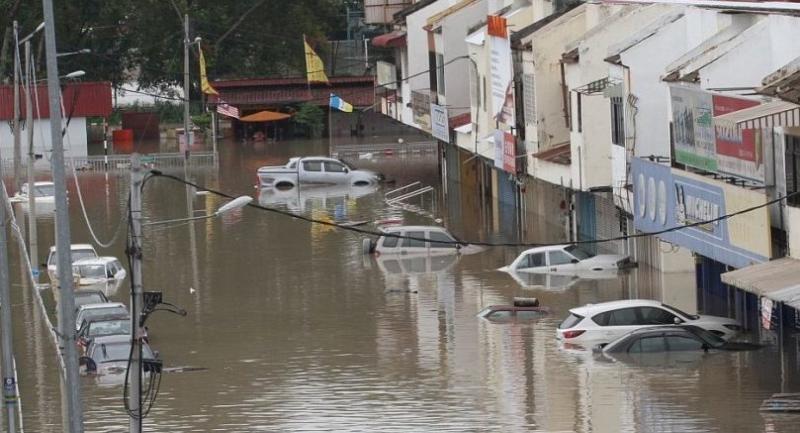 The number of flood victims in Penang continues to rise with 5,845 recorded on Monday morning.

They are currently being sheltered at 62 evacuation centres.

The number of evacuees on Sunday night was 3,779.

Seberang Perai Utara district recorded the highest number of flood victims with 3,371, who are being housed at 30 centres, followed by Seberang Perai Tengah district with 2,119 staying at 27 centres.

Meanwhile, Royal Malaysian Police, Civil Defence Force and Fire and Rescue Department personnel have been up and about from 6am to assist Sijil Pelajaran Malaysia (SPM) and Sijil Tinggi Persekolahan Malaysia (STPM) students get to their schools for the respective examinations.

Almost the whole of Penang is flooded, with several areas inundated by 0.2m to 1m of floodwaters as a result of heavy rain and strong winds since Thursday.

The flood, reported to be the worst the state has ever experienced, has claimed seven lives.