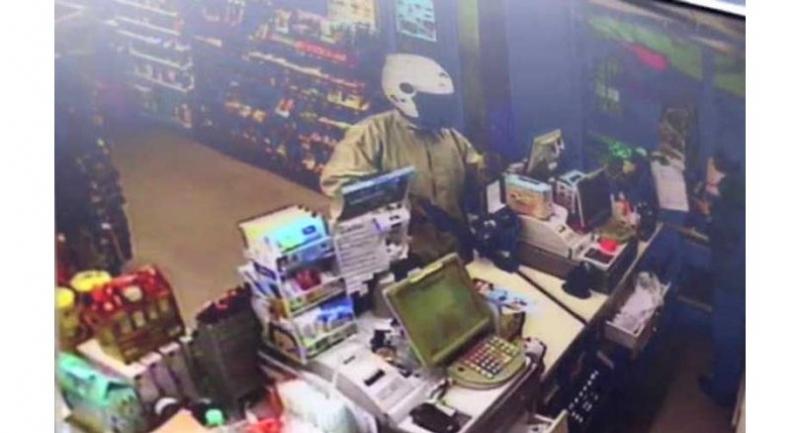 A man threatened staff at a 7-Eleven store in Bangkok's Lak Si district with a rifle early Tuesday and made off with Bt1,000 in cash, police said.

Nitipat Insawang, 25, an assistant manager of the branch, told police that he and a night-shift female cashier were putting goods on shelves behind the counter when a man with a rifle walked towards them and demanded money. Nitipat said the man, who was about 5-feet 6-inches tall, was wearing a crash helmet to conceal his face. He told them to hand over money from the cash register and from the safe box. He said he told the robber he did not have a key for the safe box and handed over Bt1,000 cash.

The robber then ran out of the shop and fled on a motorcycle.