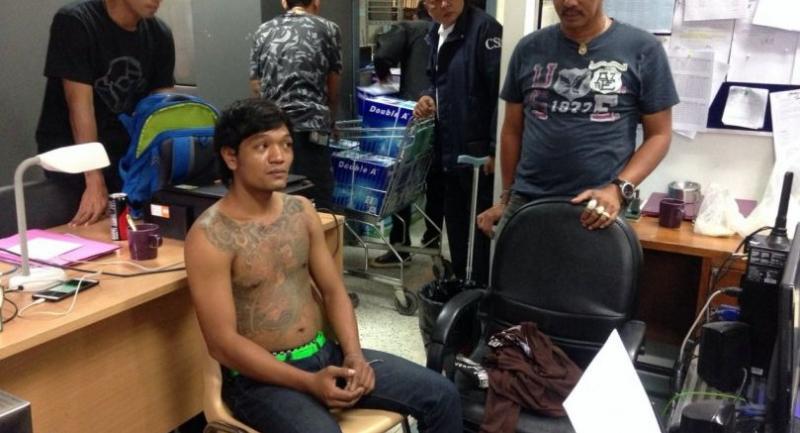 The complaints followed Chisanupong Sa-onklang’s arrest at his home in Lam Plai Mat district on Saturday under a recently issued arrest warrant.

The warrant was issued over allegations that he had claimed to be a policeman to lure a Mathayom 4 schoolgirl to help a “drug sting operation” last Wednesday, bringing her to a sugarcane plantation in Muang district and allegedly attempting to rape her. The girl said she had escaped from the scene.

The four unnamed women lodged complaints at the Muang Buri Ram and Thamenchai police stations, claiming that Chisanupong had attacked them in a similar manner by disguising himself as a police officer, luring them to an isolated place and then raping them at knifepoint.

The man was brought to re-enact the alleged assault on the schoolgirl, to which police said he had confessed.

However, Chisanupong reportedly denied the other allegations, while police said they suspected there were other victims who were urged to come forward.

Chisanupong is being detained on an order from the Buri Ram Provincial Court after police filed three charges against him, including home intrusion at night, illegal detention and attempt rape.

An initial police investigation found that Chisanupong had been jailed for two years and eight months for the rape of a 20-year-old student at an apartment in Bangkok’s Soi Phetchkasem on November 27, 2014.