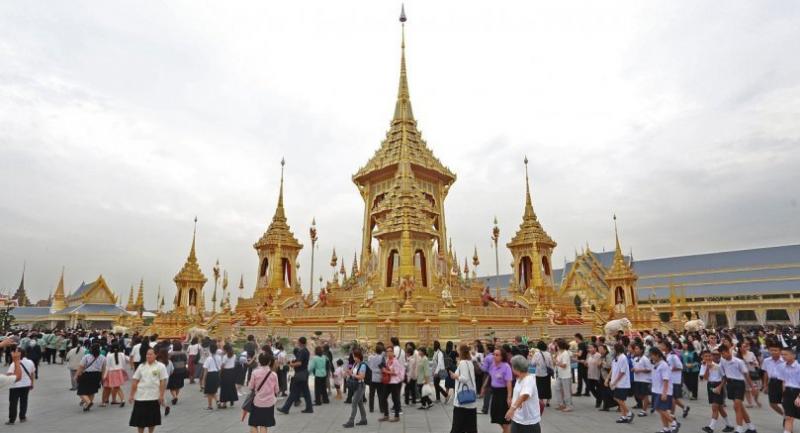 The government will consider asking for the royal permission to allow people to visit the Royal Crematorium and an exhibition on HM the late King Bhumibol Adulyadej’s Royal Cremation in the same compound till the end of the year, instead of just the end of this month.

Deputy Prime Minister General Tanasak Patimapragorn, who chairs the committee organising the exhibition, disclosed yesterday that the extension would be considered if the number of visitors was still at about 200,000 a day by November 15.

The Royal Crematorium compound has been open to members of the public since November 2. During the past five days, about 6,000 visitors visited the place every hour during opening time.

HM King Maha Vajiralongkorn, the only son of the late King, has graciously provided food and water to visitors to the exhibition too.

Given the immense interest of the public, Tanasak said he might propose that Prime Minister General Prayut Chan-o-cha ask for the permission from the current monarch to extend the exhibition period till the end of the year. A survey conducted jointly by the Culture Ministry and Suan Dusit University has found that people appreciate the exhibition and they feel lucky to have an opportunity to visit the exhibition.

“The survey, moreover, has found that people hope the exhibition period will be extended,” Tanasak said.