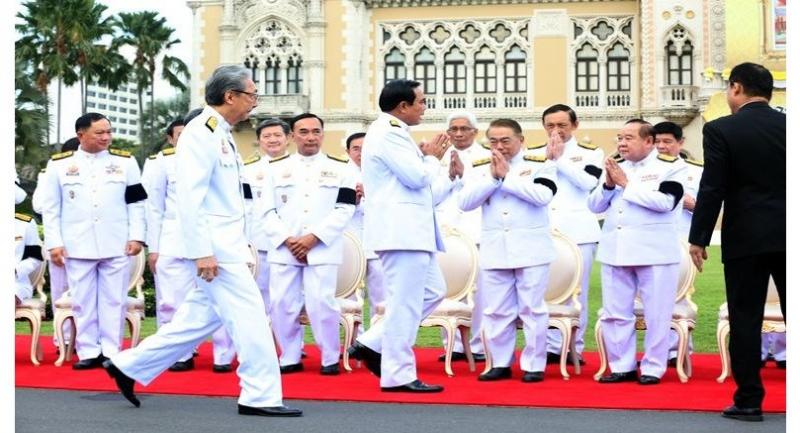 PRIME MINISTER Prayut Chan-o-cha is expected to be more decisive in selecting qualified, competent members for his fifth Cabinet, in what could be his final year in office.

One of the clearest indications of his new stringent approach is that Pol General Chakthip Chaijinda, the national police chief, has already tendered his resignation from Thai Airways International’s board of directors and is expected to take up a portfolio in the new Cabinet.

Prayut will focus on the qualifications and competence of his new Cabinet members, especially those named to run crucial ministries. Agriculture Minister General Chatchai Sarikulya will likely be replaced by a person more qualified for the job even though Chatchai is one of the premier’s close confidants. Chatchai, one of Prayut’s classmates at the Armed Forces Academies Preparatory School, could be moved to a less-important portfolio, such as to replace General Sirichai Distakul as the Labour Ministry, as the next Cabinet will need to improve the performance of the Agriculture Ministry which handles the well-being of millions of farmers.

Prayut has said he will consider performance before personal friendships, so a change of the agriculture portfolio is highly likely as Chatchai has been facing growing opposition from key members of the agriculture revival and development fund who have threatened a rally at Government House.

Previously, General Udomdej Sitabutr, the deputy defence minister, was tipped to be the new labour minister but Udomdej would prefer to stay on at the defence ministry.

As a result, Chatchai would become a new candidate for the labour portfolio if he leaves the Agriculture Ministry. Pol General Chakthip it is reported would prefer to stay on in his current position but Prayut and other top brass have decided to name either Pol General Srivara Rangsibhramanakul or Pol General Chalermkiat Sriworakhan to be the next national police chief and give Chakthip a Cabinet portfolio.

Chakthip is likely to be named either a deputy interior minister or the social development and human security minister. At the Interior Ministry, he would join Minister General Anupong Paochinda, and Sutee Makboon, the first deputy interior |minister.

Sutee is expected to stay on to supervise the next general election next year, so Chakthip would serve as the second deputy minister. Another possibility is for Chakthip to replace Pol General Adul Sangsingkeo as the social development and human security minister or he could become a minister at the PM’s office.

So far, the economic management team, headed by deputy premier Somkid Jatusripitak, appears to be left intact, even though the government has faced criticism over the uneven dis-|tribution of economic benefits, especially among farmers and other low-income people.

However, there could be major changes at other ministries.

Natural Resources and Environment Minister General Surasak Kanjanarat is likely to be replaced by a civilian minister due to internal conflicts, while Areepong Bhoocha-oom, the former THAI board chairman, is tipped to be the new energy minister. He is would replace ACM Anantaporn Kanjanarat at the ministry responsible for overseeing bidding for vast natural gas resources.