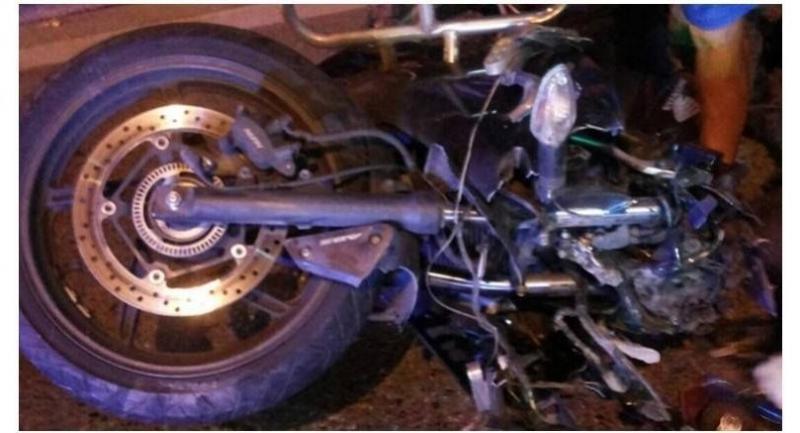 A patrol policeman was killed when his motorcycle crashed into the rear of a sand truck on a Bangkok road late Thursday night.

The accident happened at 10.40 pm on Ratchadapisek Road opposite the Criminal Court in Chatuchak district.

Pol Senior Sgt Maj Thawee Khoteplaboo, 49, was injured and died soon after as rescuers were about to take him to hospital.

The truck driver, Sommai Srisongsarn, 37, said he was delivering sand to a construction site on Soi Ratchada 30 and was driving on the left-hand lane at about 30 to 40 kilometres per hour when he heard a bang at the back of his vehicle.

He stopped, got out of the truck to check and found the injured policeman lying in the road.