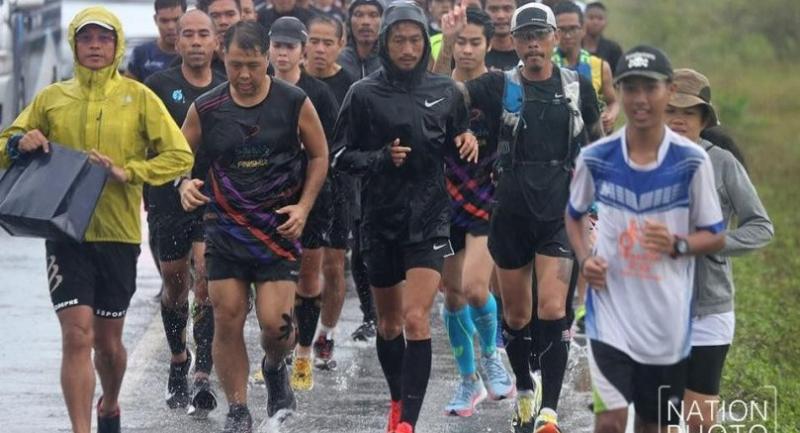 Toon and his group started running from the Na Farm shop in Ranode district in Songkhla at 5.30am.

They ran through the Ranode district into the Hua Sai district of Nakhon Si Thammarat at 6am.

As of Saturday morning, donations have risen to Bt168.64 million.

Toon plans to raise Bt700 million for 11 public hospitals from his run under the banner of “Kao Kon La Kao”, or “Take One Step Each”. He started in Betong district in Yala province, and his final destination is Mae Sai district in Chiang Rai.