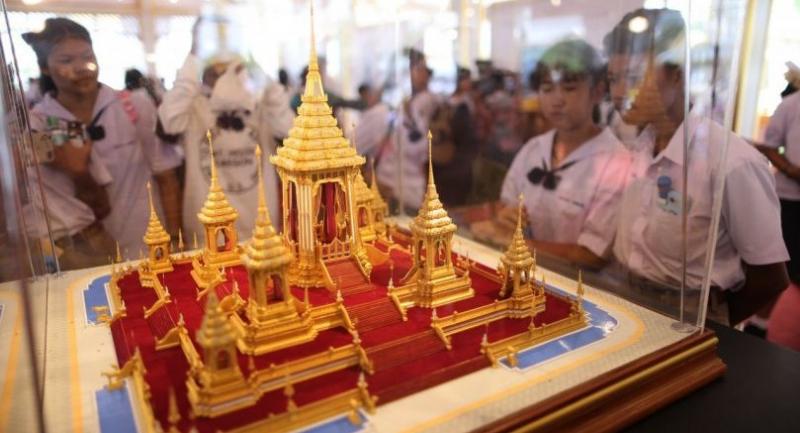 Deputy Prime Minister Tanasak Patimapagorn will propose to Prime Minister Prayut Chan-o-cha that the Royal Crematorium and exhibition of the life of the late King Bhumibol Adulyadej remain open for one more month.

He said the general public had shown great interest in the Royal Crematorium exhibition, with 683,411 visitors within 11 days since it opened on November 2.

“We plan to propose to Prime Minister Prayut Chan-o-cha for extension of the exhibition period from November 30 to December 30,” Gen Tanasak, the chairman of the committee of the Royal Crematorium exhibition, said at an inspection on Monday night at Sanam Luang. “If the premier approves, we will ask HM King Rama X for final approval," said Tanasak.

He added that, last Saturday, there were more than 100,000 visitors, which exceeded the expectations of the Culture Ministry. Students from 400 schools in Bangkok are expected to visit the exhibition. In case of no extension, his team will deconstruct the Royal Crematorium and remove the exhibition and sculptures for display at the Culture Ministry’s plot of land in Pathum Thani's Klong 5, where the late King’s Supreme Artist Museum is also located. “We will take some wood and metal for building new buildings to house these valuable masterpieces, including murals in the Songtham Pavilion, and then will soon open them for the public,” he said.

Meanwhile, there are plans for Chinese opera performances in addition to the existing khon mask dance shows in front of the Royal Crematorium on the weekends. “On the evening of November 27, we will present Chinese Opera shows by both local troupes from Yaowarat [Bangkok’s Chinatown] and from China,” said Culture Minister Veera Rojpojanarat.