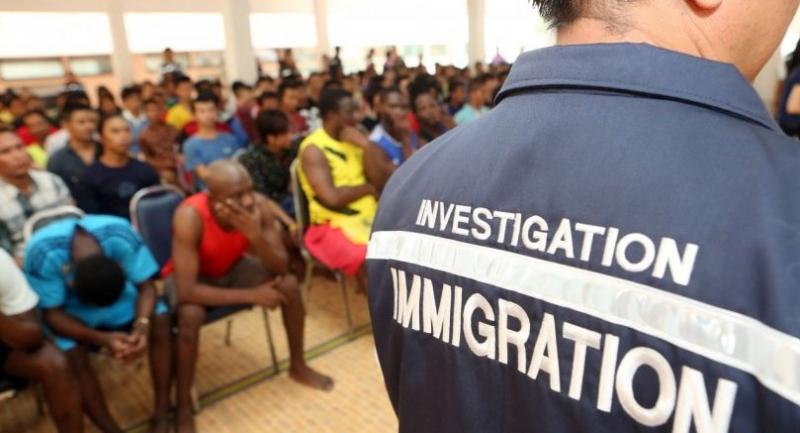 POLICE ON the resort island of Phuket have arrested 2,415 illegal immigrants during a one-year period, but failed to hand over the majority of them to immigration police for deportation.

The finding has led to deputy national police commissioner Pol General Srivara Rangsibharamanakul issuing an urgent order for police to apprehend illegal immigrants who are still at large. Srivara also ordered police to update him every week over the issue and outstanding arrests.

He said he had learned about alleged corruption by Phuket police during a meeting with Pol Maj-General Nuntadej Yoinuan, a deputy provincial commissioner, who reported that 2,415 illegal immigrants had been arrested in raids from October last year to last month.

However, only 685 of these had been handed over to immigration for deportation.

Phuket police command earlier revealed that a number of illegal immigrants arrested from October 1, 2016 to October 31, 2017 had not been turned over to immigration police.

Srivara has ordered an investigative panel look into the matter to determine if Phuket police had been involved in the disappearance of the illegal immigrants. He pledged yesterday that any officer found involved in corruption would face investigation and punishment.

The crackdown has been implemented in a campaign under the theme of “Good people can stay, bad ones will face difficulties”.

The campaign was ordered by Deputy Prime Minister Prawit Wongsuwan, who announced a plan to deport people who were living in Thailand illegally or foreigners engaged in illegal activities.

Police also asked for coordination with the Consular Affairs Department of the Foreign Ministry to help investigate people from specific countries associated with illegal activities in Thailand.

Foreigners who had overstayed their visas were usually found at tourist attraction spots, Itthipon said, adding that the public could help by alerting police about foreigners’ unusual behaviour.