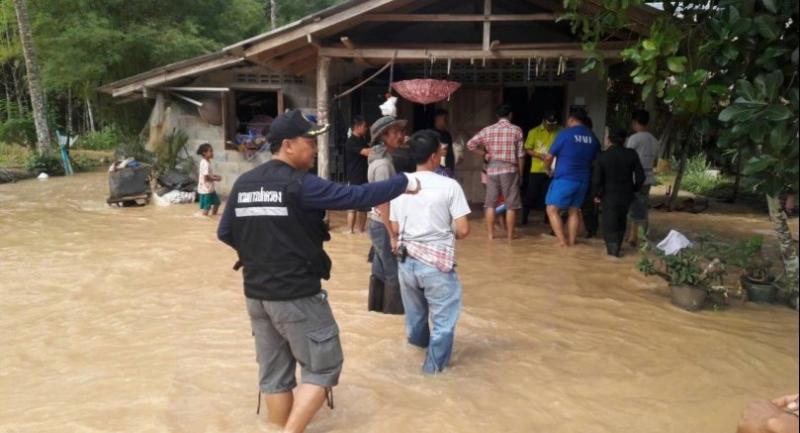 The road, which is a main link between Krabi and Surat Thani, was covered by between 30 and 70 centimetres of water.

Dozen of houses in Moo 1 village were under about 40cm of water due to mountain runoff.