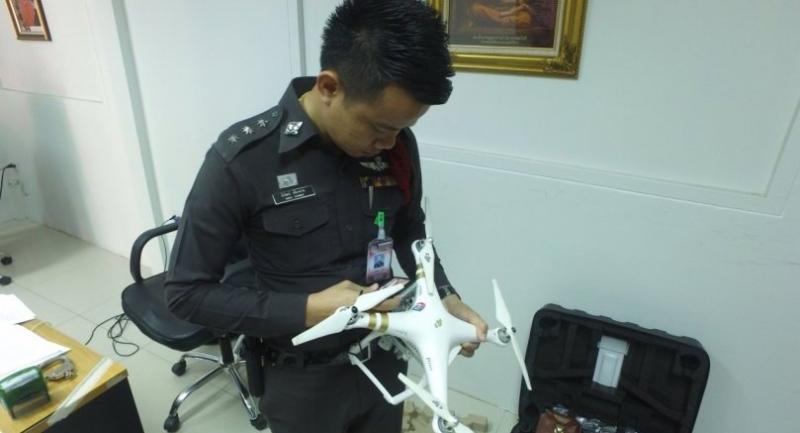 The Royal Thai Air Force (RTAF) has submitted the names of six individuals who allegedly violated the ban on using drones during HM the late King Bhumibol Adulyadej’s Cremation Ceremony from October 25 to 29 to the Civil Aviation Authority of Thailand (CAAT) on Monday for further action.

RTAF spokesman AVM Pongsak Semachai said on Wednesday that his agency and the CAAT had enforced the ban in a 19-kilometre radius of the Royal Cremation grounds at Sanam Luang as well as at areas designated as places for mourners to lay funeral flowers.

As the overall situation had been orderly and most people cooperated with the ban, ordinary people had also helped identify violators, resulting in the RTAF gathering the names of six alleged wrongdoers, he said.

The names were forwarded on Monday to the CAAT for further investigation, he said. Violators of the ban could face a fine of as much as Bt40,000 in fine, one year in jail or both under the Air Navigation Act.

Pongsak also warned people using drones to abide by the law, to not violate others’ rights and to not unveil state secrets. In connection to the last point, people are not allowed to fly drones within nine kilometres of military airports.