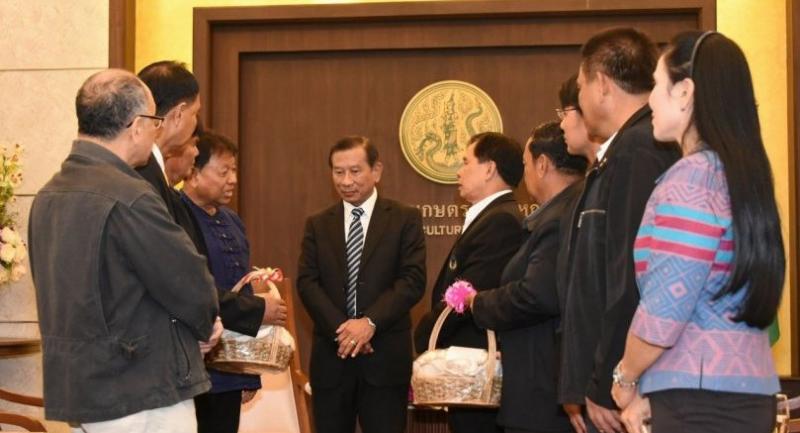 Agriculture Minister General Chatchai Sarikulya’s staff on Thursday started packing their belongings at the ministry amid reports that Chatchai will be shifted to the Labour Ministry, ministry sources said.

The source said most of the staff, who are military officers, were preparing to vacate the ministry although they did not know where Chatchai would be transferred to.

Meanwhile, representatives from the Agricultural Learning Centre (ALC) network met Chatchai at the ministry to express their moral support.

The group also submitted the signatures of the 77 presidents of ALC nationwide to Chatchai, in a petition asking Prime Minister Prayut Chan-o-cha not to transfer him.

Chatchai told his supporters that he had no idea whether he would be transferred.

“Nobody knows if I will stay or go. It’s up to the PM. But whether I am moved or not, I will continue to support farmers and push for agricultural reform,”

“I cannot be agriculture minister until I die. I have fulfilled my mission and can rest in peace. I’m satisfied that I see my policies have been fruitful over the past two years and can help the farmers,” he told the group.