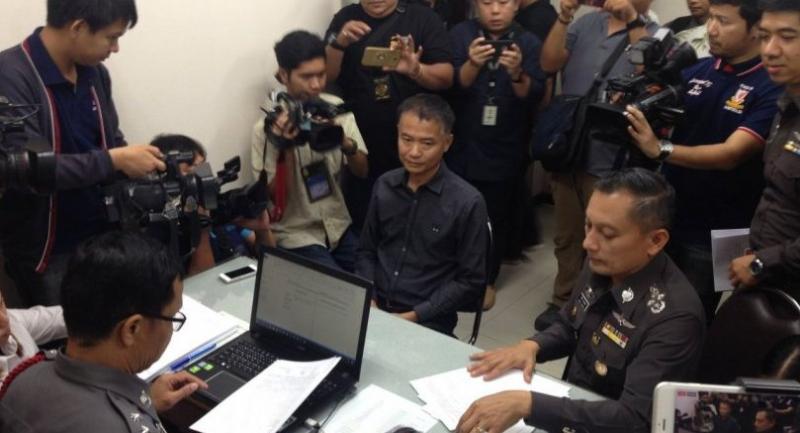 SENIOR PUBLIC Health Ministry official Dr Yorn Chiranakhon might face a disciplinary inquiry if a fact-finding committee’s investigation deems he was driving while intoxicated last Friday during an incident in which a security guard was seriously injured.

Police allege that Yorn’s car hit a security guard in Nonthaburi’s Muang district, and then dragged the man along the road for about 20 metres.

Yorn currently faces five charges linked to the incident. These include a new charge filed by police yesterday of reckless driving causing injury to another person and fleeing without stopping to help the victim or alerting the authorities. Public Health Minister Dr Piyasakol Sakolsatayadorn yesterday said that he had instructed a fact-finding committee led by inspector-general Dr Natthawuth Prasertsiripong to quickly come up with facts for consideration on how to proceed with the case, which has attracted a lot of public attention.

Piyasakol said the fact-finding panel is tasked with determining if there are grounds for disciplinary action, what damages were caused to the civil service and who should be held responsible. It had no authority in regard to criminal procedures.

The panel would check whether Yorn was intoxicated while driving at the time of the incident and may take police information into consideration. If it was deemed a matter of drunk driving, a disciplinary committee would be assigned later, Piyasakol explained.

Earlier yesterday morning, Yorn went to meet Muang Nonthaburi precinct investigator Pol Captain Suwat Saneha to hear the additional charge, which he denied. He said he didn’t flee the scene and was ready to contest the case in court.

Yorn was previously charged for four offences: reckless driving causing serious injury to another and property damage; drunk driving; resisting a police order and refusing to take an alcohol breath analysis test; and “premeditated” attempted murder, according to police. Weerachai was joined by a group of business people who wanted to present Bt50,000 in assistance money to the guard’s family.

According to hospital deputy director Dr Sakol Sukphrom, Somchai was recovering with normal blood pressure and a lowered fever, although he still depended on a respirator and was being fed intravenously.

The car involved in the incident was registered under the name of housewife Sukarn Saesow, 52. Yesterday, she gave ownership documents to police.

She did not comment to reporters and she told police she had nothing to do with the incident.

Sukarn said she had known and trusted Yorn for years. She said he bought the car, which remained under her name, in 2012 under the “first car” scheme for low-income earners and he had used the car ever since.