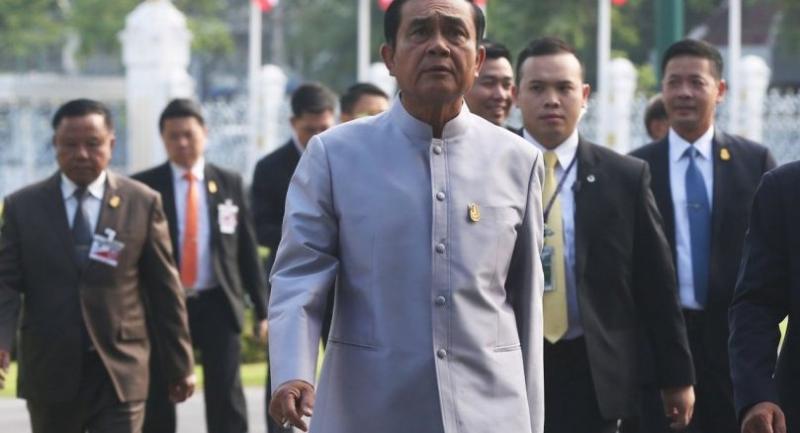 By POLITICAL DESK
THE NATION

A MAJOR SHAKE-UP of Prime Minister General Prayut Chan-o-cha’s Cabinet could bring high-profile figures into play as the premier reportedly submitted his list of new ministers for royal endorsement yesterday.

Speculation has abounded since early this month, when General Sirichai Distakul abruptly resigned from his position as labour minister due to a controversy over the ministry’s registration of migrant workers.

The reshuffle reportedly focuses on improving performance in posts related to the economy, such as in the Commerce Ministry, Labour Ministry, Energy Ministry and Agriculture and Cooperatives Ministry.

Prayut earlier promised that he would bring more civilians into the Cabinet and let go some of his personal acquaintances.

Meanwhile, senior government officials were in lockstep yesterday saying only the prime minister had the authority to make decisions on the reshuffle.

Deputy Prime Minister Somkid Jatusripitak, who is in charge of economic affairs, refused to comment on possible candidates for his team, saying that only Prayut would provide clarification.

Prayut has reportedly locked himself in his office, cancelling almost his entire schedule over the past two days after returning from the Asean Summit in the Philippines early Wednesday.

Sources are split on the fate of Agriculture and Cooperatives Minister General Chatchai Sarikulya, a classmate of Prayut. He may have kept his seat, been shifted to replace Sirichai at the Labour Ministry or moved to the Natural Resources and Environment Ministry. Meanwhile, Chatchai’s staff yesterday were packing their belongings at the ministry amid reports that Chatchai would be shifted, ministry sources said.

Representatives from the Agricultural Learning Centre (ALC) network met Chatchai at the ministry to express their moral support, submitting the signatures of the 77 presidents of ALC nationwide to Chatchai in a petition asking Prayut not to transfer him.

Chatchai told his supporters that he had no idea whether he would be transferred.

“Nobody knows if I will stay or go. It’s up to the PM. But whether I am moved or not, I will continue to support farmers and push for agricultural reform,” he said.

“I cannot be agriculture minister until I die. I have fulfilled my mission and can rest in peace. I’m satisfied that I see my policies have been fruitful over the past two years and can help the farmers.”

Yukol Limlamthong, the former agriculture and cooperatives minister under Yingluck Shinawatra’s administration, was tipped as a candidate to resume the post if Chatchai is removed.

Yukol, who is also former permanent secretary at the ministry, is seen as close to Chartthai Pattana Party, which was the vehicle of the late prime minister Banharn Silpa-archa.

In turn, Chutima might return to the Commerce Ministry, where she was permanent secretary last year, and replace Commerce Minister Apiradi Tantraporn, who reportedly could be removed. Further speculation reported that Pol General Chakthip Chaijinda might have been pressured to resign as national police chief. Sources indicated that he might become justice minister or instead replace Social Development and Human Security Minister Pol General Adul Saengsingkaew, who was tipped for a post as deputy prime minister.

The top post at the Energy Ministry may also see a change, with the three possible candidates being General Yodyuth Boonyatikarn, another close friend of Prayut; the ministry’s former permanent secretary Areepong Bhoocha-oom; and Pairin Chuchottavorn, former president and CEO of PTT, who is now a member of several committees under Prayut’s government.