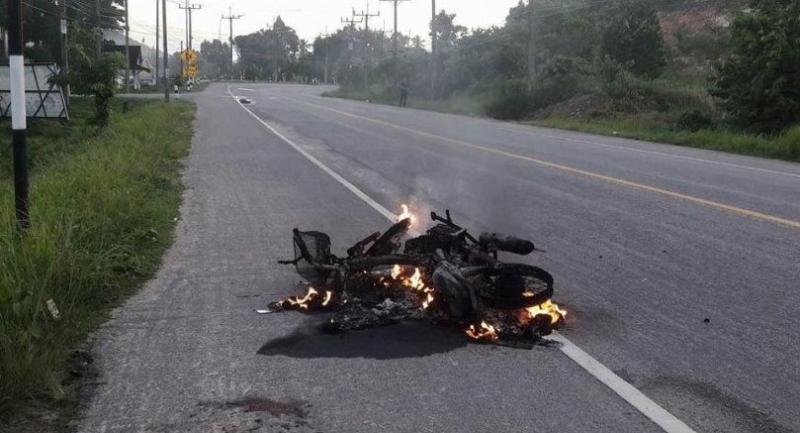 Separatist insurgents set fire to a motorcycle in Pattani’s Mayo district on Friday morning and detonated a bomb to ambush officials, prompting two nearby schools nearby to suspend classes for the day.

Pol Lieutenant Nikorn Huilong of Mayo police station, said the insurgents set fire to the tyres of two motorcycles in front of the Sirirat Samakkhi School in Moo 3 of Tambon Thanon at 7.20am.

Nikorn said that when the assistant district chief and defence volunteers arrived at the scene, insurgents detonated a homemade bomb in an ambush but nobody was injured. The explosion slightly damaged the district chief's car and a civilian vehicle.

Authorities also found another bomb that had not been detonated.

The attacks prompted the Sirirat Samakkhi School to suspend classes. Another school in nearby Moo 1 village in Tambon Mayo was also closed for the day.