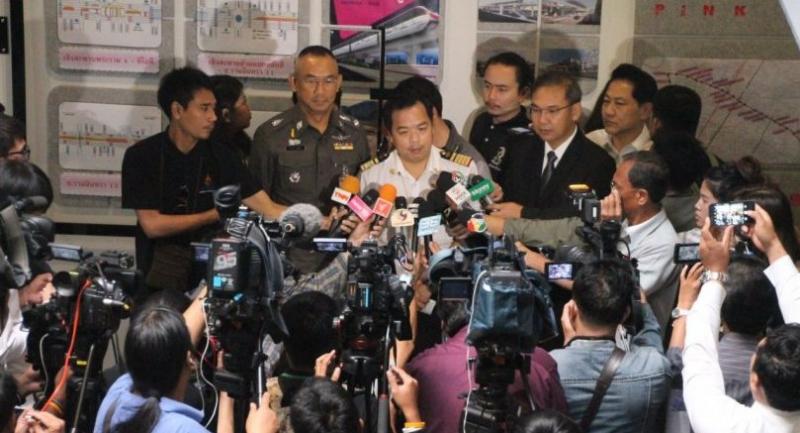 The first spot to be closed for a pile-load test was a 210-metre section of Tiwanont Road, on the furthest right inbound and outbound lanes from the bridge running over Klong Bang Talat to the Royal Irrigation Department intersection. This would start on Monday and continue until February 28 next year, said Northern Bangkok Monorail representative Vitoon Salilampai. The second spot is on a 200-metre section of Ram Indra, in the furthest left inbound lane opposite Highway Police 2 Station near Fashion Island mall. It would be closed from 10pm-4am on machine-moving or concrete-pouring days between December 1 and March 15 next year.

From November 25, the project would also close a 200-metre section along the route to remove public infrastructure before returning the road surface back to its old condition and then moving onto the next 200-metre section, he said. The 34.5 kilometre-long, 30-station Pink Line will start from the Nonthaburi government complex, then pass through Tiwanon Road to Pak Kret intersection, and move onto Chaeng Watthana Road through Muangthong Thani. It will then continue to Ram Indra Road to reach its terminal station in Min Buri, where there will also be a parking lot, according to MRTA assistant governor Surachet Laophusuk. Pol Maj-General Jirapat Phumjit, the city deputy chief who oversees traffic, said the closure of Tiwanont Road would not yield much negative impact as it was deemed a low-traffic area except during the morning and evening rush hours. However, the closure of Ram Indra lane could cause traffic congestion, so motorists should avoid that spot by using Panya Indra, Serithai or Art Narong-Ram-Indra Expressway instead.

The gradual road section closure for infrastructure removal also could be managed, as there were many alternative routes. Police would put in place traffic management plans to ease the impact, he said.