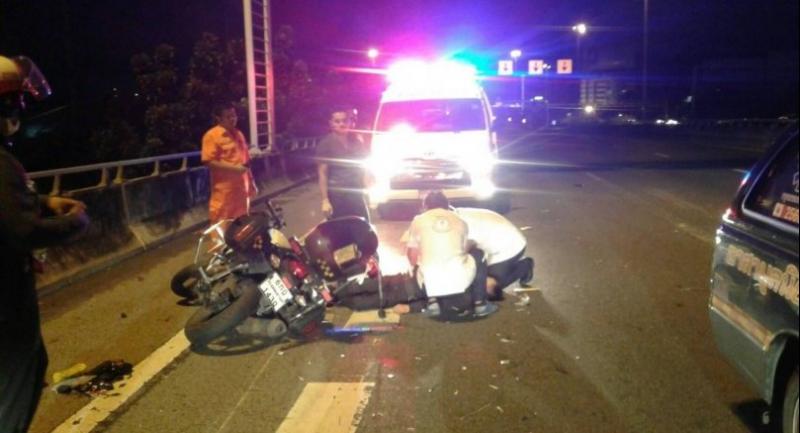 A traffic policeman was killed when his motorcycle is believed to have collided with the rear of a truck on the Chalongraj expressway early on Tuesday.

There were no witnesses to the incident. Police suspect that the truck might have suddenly stopped for some reason and the policeman's motorcycle crashed into the rear of the truck.

The officer's body and his damaged motorcycle were found later.

Police said they will check security camera footage on the expressway to try to locate the truck.

Phadet was on duty from midnight to 6am.