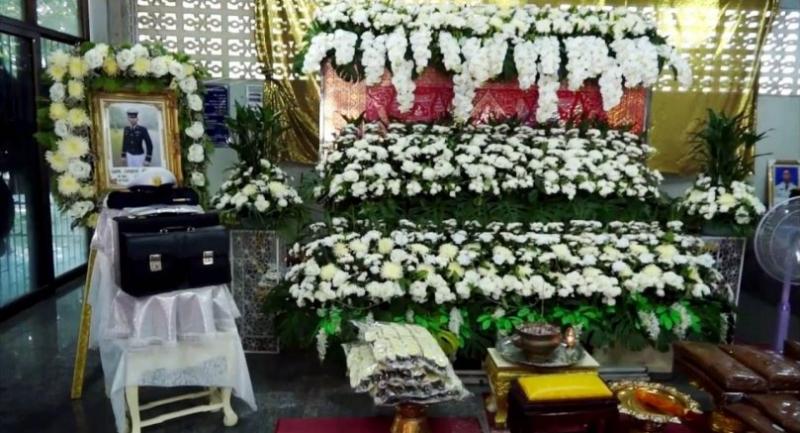 Military authorities are on the defensive after the autopsy of a dead cadet reportedly found that his organs and brains had been removed and the body showed signs of blunt force trauma.

Thanchaiyan later told Nation TV that the claim that Phakhapong’s organs were missing was untrue and his parents had been told many times that the school had sent the body for an autopsy at Phra Mongkutklao Hospital, where a medical examiner had extracted small pieces of his organs for testing.

He said the case did not involve the theft of organs, adding that bandages found inside the body might have been left during the autopsy.

Thanchaiyan said the school and the family had held funeral rites involving an empty casket to make merit for the deceased cadet.

Ahead of meeting with Thanchaiyan on Tuesday, AFAPS commander Maj-General Kanokpong Channuan told reporters that the issue of missing organs was a medical matter linked to the autopsy.

He added that he, police and the parents had agreed to an autopsy to determine the cause of his “unnatural death”.

Kanokpong said he had prepared medical information to explain the situation to Thanchaiyan.

He added that he had not known that the family retained doubts about the cause of death and submitted the body for another autopsy, resulting in the report about missing organs.

He said he had attended to Phakhapong’s funeral rites every night until the cremation with fellow cadets and teachers.

The parents’ claim that Phakhapong had been subjected to physical punishment would, if true, indicate a crime had been committed violating military rules prohibiting cadets from being touched, Kanokpong said.

The parents, Pichet and Sukanya Tanyakan, have told the media that they had not received a detailed explanation on his cause their son’s death, a first-year cadet who died on October 17 one day after returning home from school.

The couple claimed that they only received a death certificate citing the cause of death as sudden cardiac arrest. When the subsequently requested an autopsy, a medical examiner found all of Phakhapong’s internal organs had been removed and cloth or tissue had been stuffed into the skull in place of the brain.

The parents also said the autopsy had found four broken ribs, internal bruises to the right abdomen and left side of the back, and two broken collarbones.

The medical examiner told them that their son’s ribs were probably not broken during CPR and the bruises appeared to be from blunt force trauma.