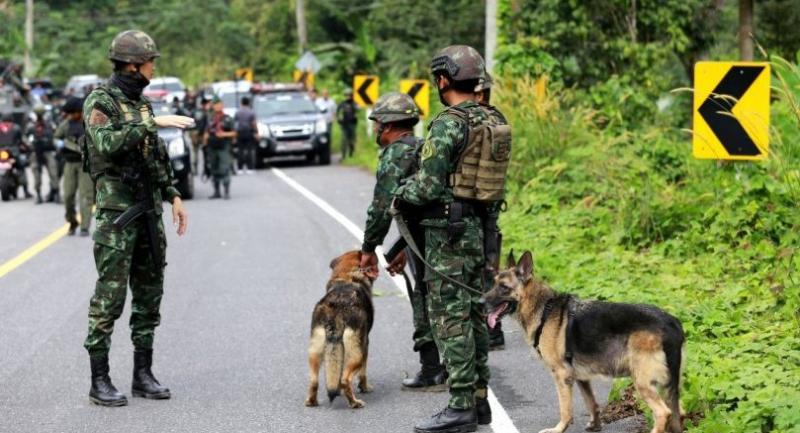 One police officer was killed and other was wounded in a roadside bomb attack in Bannang Sata district in Yala on Tuesday morning that the authorities believe was conducted in retaliation for the arrest on Monday of suspected insurgent Subree Jehwae. Officers found the Bannang Sata precinct’s pick-up truck at the scene with a blown-up motorcycle lying nearby. Fragments of a five-kilogram metal box bomb were scattered around the scene. An initial probe found that Thossaporn and Thiammek were riding on the motorcycle leading eight other teacher-protection team members who were on the truck and another tailing motorcycle. The bomb, which was hidden behind a traffic sign, went off as they passed it.

In a related development, a bomb went off in Narathiwat’s Sungai Padi district on Monday night, but nobody was injured.

Authorities said it was an attempt to kill soldiers who guard the site of ongoing road repairs each morning. However, it appeared that rain had triggered a short-circuit and the bomb went off prematurely, said Sungai Padi precinct superintendent Pol Colonel Pakdee Preechachon.

Pakdee led a group of officers who inspected the bomb scene at a road running parallel to the railway. They found a 50-centimetre-deep and 1-metre-wide crater caused by the explosion, which occurred at about 8.30pm.

Fragments suggest that a bomb had been placed in a cooking cylinder. The explosion also cracked a cement pillar on the barbed-wire fence of a nearby plantation.