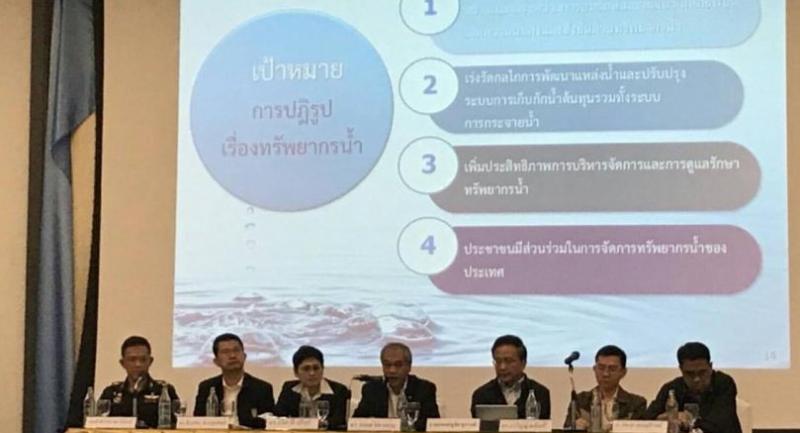 The committee at the second public hearing in the South.

The natural resources and environment reform committee has proposed that security in resources includinig food, water and energy security be integrated into the national strategy' security front.

Theerapat Prayurasiddhi, the committee vice chair, said the committee considers security in food, water and energy as part of the country’s long-term security. As such, these issues should be addressed in the national strategy.

The reform committees are required to submit their reform plans by next month. These will then be considered by the government and the national strategy committee, to ensure that they are in line with the long-term strategy.

The committee has also finished the second hearing on its reform plan draft in the South. The event was held recently in Nakhon Si Thammarat province. Hearings will be held in the North and Central regions before the committee submits its plan to the government.