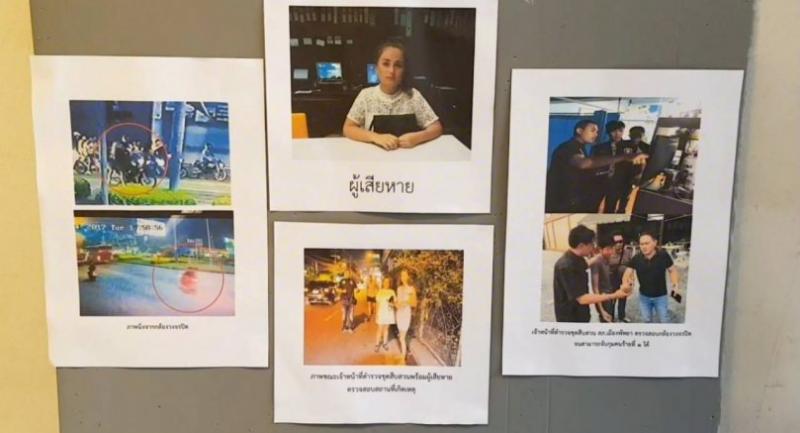 A Nakhon Sawan teenager has been charged with snatching a Russian tourist’s iPhone in Pattaya last week.

Pattaya police chief Pol Col Apichai Krobphet on Wednesday announced that the 18-year-old, who as a minor cannot be publicly identified, had been arrested the day before. He was caught in the same clothes he’d been wearing when he grabbed Sidorova Elena’s phone on November 14, as recorded on CCTV.

The tourist was taking a selfie when a motorcycle pillion rider snatched her phone and sped off.

Apichai said the youth was arrested in his apartment in Chon Buri’s Bang Lamung district.

The teenager said he wanted money to bail his girlfriend out of jail after she was arrested on a drug charge.