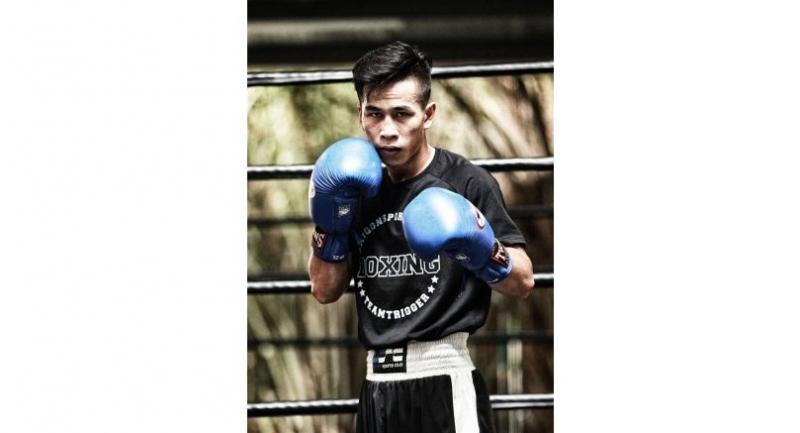 The boxer, the first Vietnamese boxer to compete for a world professional belt, will fight Indonesian George Lumoly in the super-flyweight category.

Entering the match, Thao boasts six wins, including four knock-outs. Thao grabbed a gold medal in the 52kg class at Vietnam’s National Boxing Championships last year, and he was the champion of the Steel Competition Boxing Tournament, an annual event for local professional boxers, in the same year.

Meanwhile, Lumoly, 26, has eight wins, three draws and one defeat from his 12 bouts. Six of his wins were knockouts. Lumoly is from Jakarta and became a professional boxer in 2013. He previously competed in the light flyweight class. Lumoly won a title at the Indonesia Professional Boxing Commission in September.

This will be the first time Thao will compete in a 12-round bout.

Before the match, he noted that Lumoly was experienced and would not be an easy opponent.

“It is my longest match ever, so my training schedule with teammates and coaches at the Saigon Sport Club changed a lot so that I could be strong enough for the whole event,” said Thao, who is called “Vietnam’s Mayweather”. He revealed that he had taken part in 15-round and 20-round matches twice a week.

“I have talked with coaches and watched his video clips. I practised with teammates who have the same style as him. And now I am ready,” said the 25-year-old, who went professional in 2015.

According to Tran Minh Tien, president of Vietnam Boxing Federation, the organisation aims to reach the international level, beyond the Southeast Asian region, in the near future.

Thao’s participation in the WBC competition is a step forward for Vietnam boxing.

“It is a good signal for Vietnam and it would be historic if he could bring home the title. It will be a shot in the arm for Vietnamese boxing. Other boxers will emerge from Vietnam to compete in the international professional ring,” Tien said.