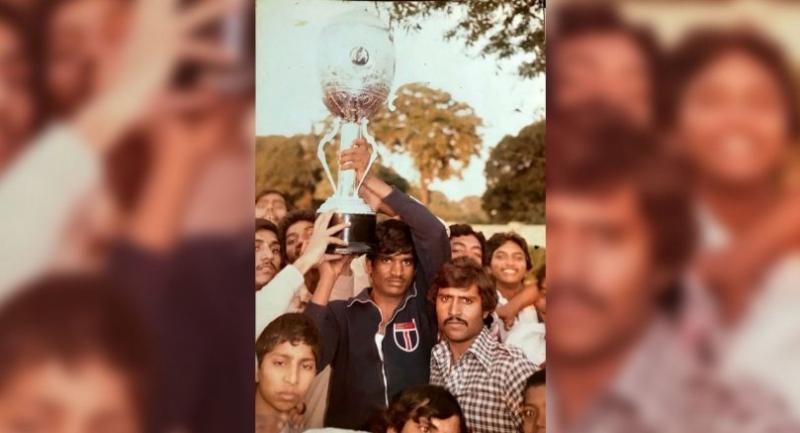 A once-glorious fighter, forced to flee his home in Pakistan along with his family almost four years ago, is in dire need of help.

His wife, a former volunteer teacher for refugees in Bangkok, has been in immigration detention for the past two and a half years and is now seriously sick.

The man and his three teenage children, who are said to be barely surviving in the City of Angels, have been in despair at their inability to help her.

They fear for their future if their lives don’t improve, Sakda Kaewbuadee Vaysse posted on his Facebook page this week.

The man, identified only as “Boxer”, and his family have twice applied unsuccessfully for refugee status with the United Nations High Commissioner for Refugees (UNHCR), said Sakda, a well-known volunteer who helps foreigners facing deportation from Thailand.

Boxer claimed he had fought for his country at the Olympic Games and had been enjoying a high-profile and comfortable life until four years ago, when Muslim groups started attacking those with other faiths, including he and his family, who are Christian. His wife’s fingers were broken and his middle son, then aged 15, had his tongue and upper lip badly slashed. Those attacks prompted the family to flee, leaving behind Boxer’s own boxing gym and most of their money in banks that couldn’t be transferred in time. They entered Thailand in 2014 and had managed to stay by renewing their visas every three months.

At the outset they still had money and they used it to help fellow refugees, while his wife set up a school to give free lessons to refugee children. The oldest son studied online with a Bangkok-based university but was told that for some unknown reason he would not be awarded his Bachelor’s degree, Sakda said.

As their money ran low, the family moved into a single room and Boxer said he couldn't afford to renew his wife’s visa.

She was arrested while teaching children one day and has since been in detention for two years and a half. Boxer would visit his wife regularly and became friend with Sakda.

“I saw him sobbing and he told me his wife was too sick to walk and his request for her to go hospital had been denied. Officials would not allow a detainee to go to hospital without first receiving the family’s guarantee of their ability to pay for treatment,” Sakda said, adding that he personally gave Boxer Bt5,000 so his wife could get blood tests. Sakda then returned the following week when he learned the doctor wanted to do a second round of blood tests costing thousands of baht more, which he again paid.

Boxer’s wife couldn’t make it to the second appointment as no detention centre official was available to escort her. When Sakda raised this with a nurse all he received was a cold, indifferent reply, he says.

The nurse finally agreed to try to book an alternative date for the family to receive the results of her bloods tests and the only date they were given was … February 23. Asked for an earlier date, the nurse said the only doctor the hospital had who was familiar with her case was on leave until then, meaning that Boxer’s wife had to undergo yet more costly, updated blood tests and x-rays, Sakda said.

He has tried his best to tell Boxer to keep faith and realise he and his family are not alone – but Sakda admits he doesn’t have any solution to the family’s problems.. “His wife is still in detention. Even if they could afford a plane ticket back to her home country – the whole family might be killed there. It is a dead-end," said Sakda.