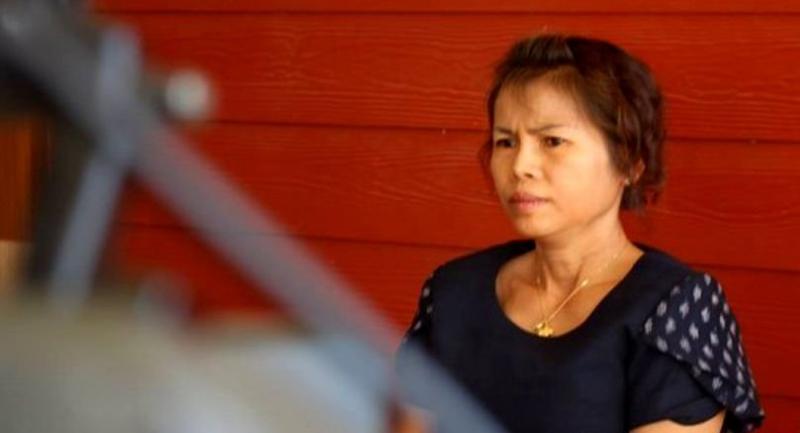 DUO COULD FACE SEVEN YEARS IN JAIL IF FOUND GUILTY OF USING A SCAPEGOAT, SAYS POLICE

THE COURT has approved arrest warrants for Jomsap Saenmuangkhot, a former teacher convicted in a 2005 fatal hit-and-run accident, and her close friend, for the alleged plot to clear her name using an alleged paid scapegoat.

He was speaking after police asked the Nakhon Phanom Provincial Court to approve arrest warrants for Jomsap and Suriya Nuancharoen, who is still a teacher.

“Both are suspected of being the masterminds of the plot,” Suwicharn said.

Pol Colonel Pramote Utakik, a superintendent at the Nakhon Phanom Police Headquarters, said if convicted Jomsap and Suriya could face up to seven years in jail and/or a maximum fine of Bt60,000.

Jomsap was initially convicted and jailed for the road accident, which killed Lua Phorbumrung in Nakhon Phanom province on March 11, 2005. She was convicted by the Supreme Court in 2013. When she was released after serving less than two years of her sentence, she publicly said she was innocent.

Her claim gained weight after Sap Wapi came forward to claim responsibility for the accident. The Court of Appeals ordered a review of evidence to determine whether her case should be retried.

The Supreme Court, however, threw out Jomsap’s request for a retrial on November 17 on grounds that the new evidence she had submitted was not convincing. The court also pointed to the plot to hire Sap to take the blame in place of Jomsap.

This week, Sap confessed to police that Suriya had offered him Bt400,000 if he successfully claimed responsibility for the road accident.

A senior official at the Justice Ministry confirmed that both Sap and Suriya had failed lie-detector tests when they claimed Jomsap was innocent.

In a related development, former senator Jit Sriyoha yesterday held a press conference to deny any link to the alleged plot to clear Jomsap’s name.

Jit decided to speak up after it was reported that Suriya had consulted him before Jomsap sought a retrial.

“I met Suriya, Sap and his relatives several years ago because they said they needed legal advice about accident cases. I have had more than 20 years of experience in road-accident investigations,” Jit said. “Many other people have also consulted me, not just this group.”

Jit said Suriya’s group had never contacted him again and he had only heard from media that Jomsap was seeking a new trial.

National police commissioner General Chakthip Chaijinda said people should alert police or the Justice Ministry and police if anyone knew about alleged efforts to use scapegoats.