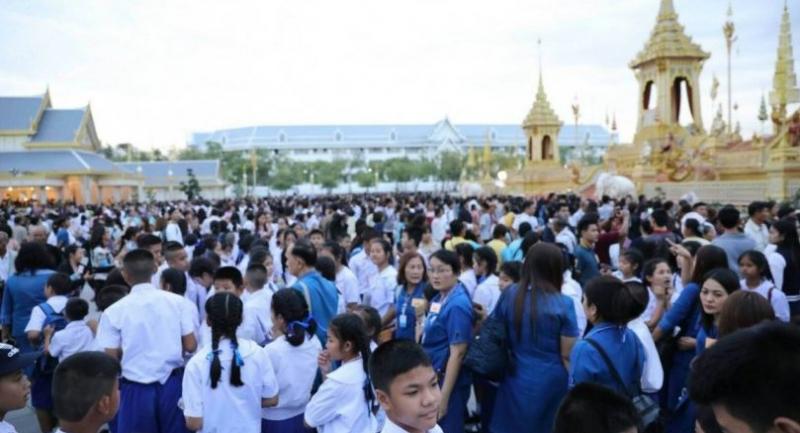 Students and members of the public began forming long queues to enter the Royal Crematorium ground early on Saturday to see the exhibition of the Royal Cremation rites of His Majesty the late King Bhumibol Adulyadej.

A lot of people, including students, monks, novices, nuns, the elderly and the disabled began queuing at Sanam Luang from 4am.

Entry for the first group of people began at 6 am.

The Culture Ministry announced on Saturday that 1.846 million people had visited the Royal Cremation ground from November 2 to 24.

Every Saturday and Sunday night, visitors are treated to a traditional Khon dance performance of depicting the Phra Rama crossing the ocean with his troops.

At 4.30am on Saturday, Kritsayapong Siri, permanent secretary for Culture Ministry, visited officials and volunteers at the Royal Cremation ground to provide them with moral support and to thank them for keeping order and assisting the visitors.